An owner of a dairy farm, Manveer participated on the show as a commoner and won many hearts with his strong personality. His loyalty towards his fellow contestants on the show had left viewers impressed. After winning the show, Manveer’s life has changed. A day after the grand finale, Manveer landed into a controversy for hiding his marriage. However, things have cooled down and Manveer is now enjoying unexpected fame and popularity.

When he entered Bigg Boss house, Manveer was quite short-tempered and now, he has turned more decent and calm. Not just by nature, Manveer has totally changed by looks and style also. He recently got a new haircut and is seen getting more stylish with each passing day. If that was not enough, Manveer has also appointed a manager for himself. Yes, you read that right!

Manveer, who has become a popular face among the masses, has appointed a female manager for himself. It seems, Manveer is trying his hands into acting and for the same, he has been taking expert advice. Manveer recently interacted live with his fans, during which, he introduced everyone to his manager, Roshni.

During the live chat, Manveer also answered several questions. One of them asked if he will participate in Roadies, to which Manveer’s reaction was quite witty. 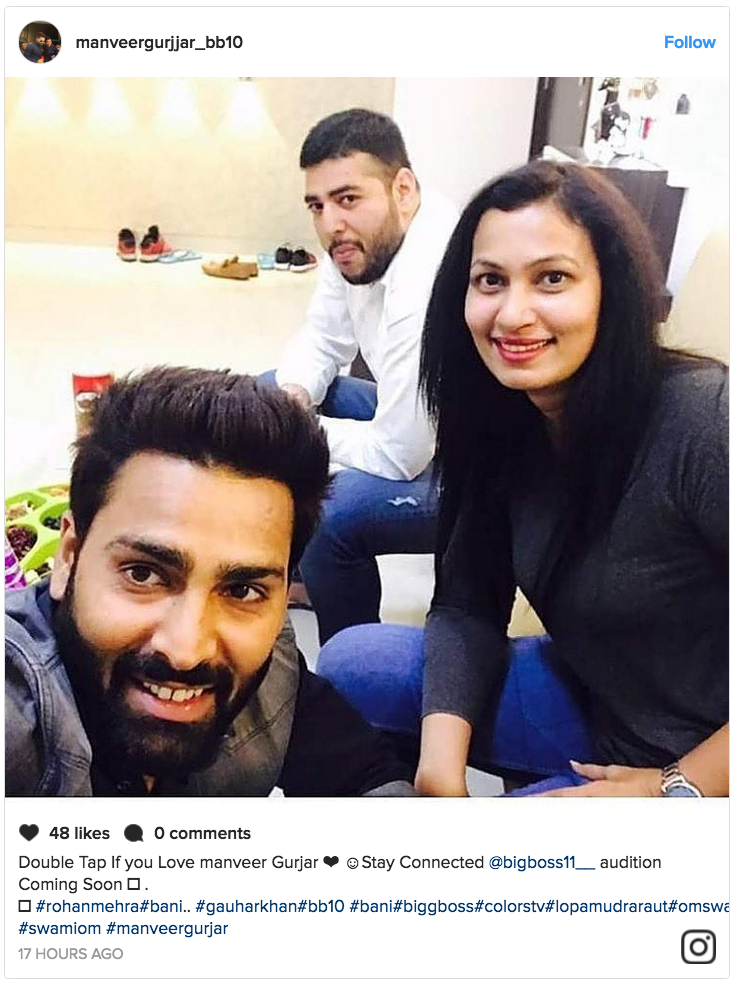