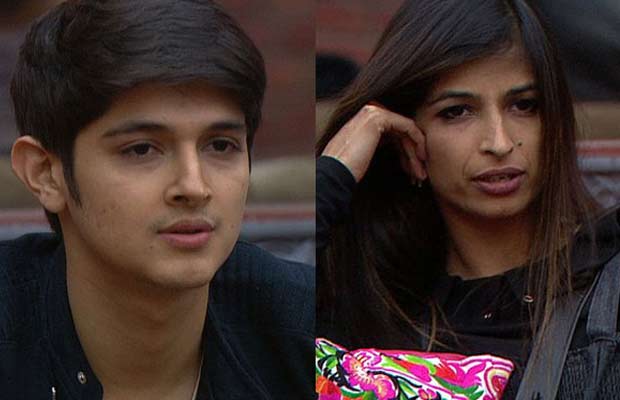 A day ago, commoner Priyanka Jagga and celebrity contestant Rohan Mehra got into an ugly fight in Bigg Boss 10 house. The drama queen Priyanka Jagga, who is known for her rude and loud behavior, blackmailed Rohan to reveal his secret.

Priyanka crossed all the limits and blackmailed Rohan, saying she will reveal all the secrets of him. Priyanka made one shocking statement in front of everyone about Rohan.

She said, “tuje mein jaanti hu jabse to zero that…batau uss raat ki baat.” (I know you since you were zero in career, should I reveal the secret of what happened that night?

As Priyanka claims to know Rohan and his family even before the show, Rohan’s father has now reacted to the whole fiasco. Rohan’s father said that his son and Priyanka had met each other a few years ago only for few minutes at a club in Delhi, Rohan was college student then. He further said that he don’t understand how can she (Priyanka) pass comments about the people she never interacted with. He also said that how they are respectable people in their town and that this situation was uncalled for.

Rohan’s father had all beliefs on his son and thinks that his son will handle the situation without stoop down to Priyanka’s level. He concluded saying that his son will never do anything that will let his family down as he is well taught on how to behave with women around him.

Well, we too agree as Rohan controlled his patience and did not stoop down to Priyanka’s level.

Watch this space for more updates on Bigg Boss 10.