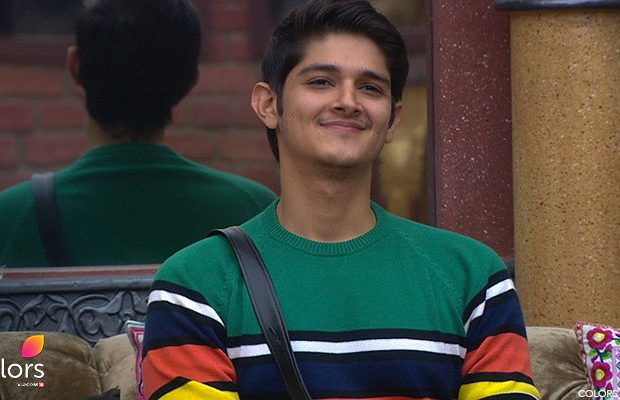 Rohan Mehra was shown the exit doors in the last week eviction of Bigg Boss 10. He was definitely a strong player in the house and his journey in the house was not less than a roller coaster ride. After getting out of the house, Rohan Mehra recently opened up on Bani J’s behavior and now he has made some shocking revelations.

#1 In a very candid interview to a news portal, Rohan opened up about his Bigg Boss journey: “Whoever goes into Bigg Boss and survives in the house for 105 days, or more than 100 days for that matter, they’ve always had ups and downs in the show.  I had entered the house as a pampered boy, but inside, I’ve learned the way of life and I can now survive on my own without anyone’s help. I know how things function now. I can cook And I can do everything on my own.”

#2 Referring to Lopa and if he was his ‘secretary’ he said: “. I don’t think such statements are true because we’ve done things for each other throughout. She made food for me for 100 days in the house. So if in return I made coffee or helped her out, I don’t think it’s following her orders. It is just a part of friendship. Because Dosti Ki Hai Toh Nibhani Toh Padegi.’’

#3 On who is playing a ‘dirty’ game in the house, he said: “I guess it’s Manu. It’s quite visible. He keeps shuffling things here and there and often, he’s said things against Manveer. I haven’t liked him since the very beginning because he keeps making fun of others and speaks behind their back. Manu I guess isn’t true at heart, but Manveer is doing really well.”

#4 About friends, he made in the house: Yes definitely. Karan Mehra tops the list, I knew him earlier as well. Next, I got even close to Gaurav Ji. There is no need to mention about Rahul ji (Rahul Dev) and Lopa since everyone has seen it. They both were my lifelines and I couldn’t have survived without them. The bond I shared with these 4 people was great and I’ll keep it the same outside the house as well.

#5 Talking about Bani and Lopa’s catfights he commented: “They both have had their own instances. I always tried to point out the one who was wrong and let them sort it out with the other one. However, whenever I tried to explain to Bani that okay she’s wrong or anything, she used to always take it negatively because she felt I am favoring Lopa. I have actually supported her throughout, but she has somehow misunderstood me. I never really understood Bani and her strategy in the show.”

#6 But when asked who had a bigger ego he said, ‘Well, I have to say this, Lopa has a rather bigger ego.”

#7 On fights with his best friend Lopamudra, he said: I felt that Lopa did not understand me. And I am sure even she would have felt that I don’t understand her. But, that is what our Friendship was. We used to discuss and explain things to each other and within 10-15 minutes, we had our things sorted.”

#8 On taking stands he said, “There were times when things were done purposely and therefore, making an issue of them, made no sense. But, if we talk about taking a stand, I’ve always stood up for myself.”

#9 On Hina Khan supporting him since day one he said: “Obviously, ‘Maa Hai Vo meri.’ I really want to thank her and when I came out of the house at 4, she along with Kanchi and a few other friends were present there to welcome me. I felt really good about it.”

#10 On leaving his show Yeh Rishta Kya Kehlata Hai’ for Bigg Boss: “When I was offered Bigg Boss, I had said a yes almost immediately. Of course, Salman Khan is hosting it after all. Even if it was just for once, I would have gone for it, it’s Salman Khan we are talking about. I can do anything if it’s for him. I was happy after the very first episode.”

#11 And on rumors about his girlfriend  Kanchi being insecure about his and Lopa’s friendship, “I don’t know about it yet. I met her and I did not feel anything like that at all. However, about being possessive, it is an obvious thing to happen. Had I been in her place, I would have behaved in a similar manner. But, since the very beginning, I have said that Kanchi is the one, and she’ll be the one until the end. I am very serious about her, and I have taken her name time and again. I think it’s not insecurity, but only a little possessiveness that she has.”

#12 On things he will miss about the about Bigg Boss House: “I’ll miss the House itself, and Bigg Boss’ Voice. It had become a daily routine for us. And of course, the friends I made in the house.”

#13 Who deserves to be the winner of Bigg Boss Season 10: “(laughs) Obviously I want Lopa to win. But, I also feel Manveer might win the show.”

Well! We wish the good luck for his future!