Bigg Boss 10 contestant VJ Bani has a huge fan following and this is one fear that many other housemates are living in with. In fact, things being in VJ Bani’s favour always leave fans super happy and they do take the opportunity to express their love for her on social media platforms. Tonight, Bani’s fans will get another chance to rejoice after her best friend and former Bigg Boss winner Gauahar Khan enters the house to meet her during the “Family App” task. Fans are already excited and are waiting to see the moment when Bani and Gauahar will meet each other.

While fans are expressing their views and likes towards their favorite contestant, former Bigg Boss contestant Kamya Punjabi has said something very shocking about VJ Bani.

Take a look at the tweets that Kamya replied at: 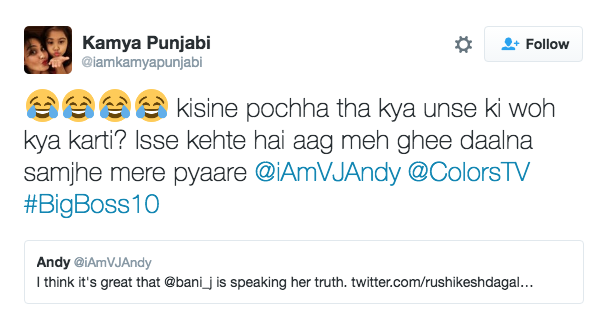 Here’s what she replied to one of the Bani fans that is quite shocking! 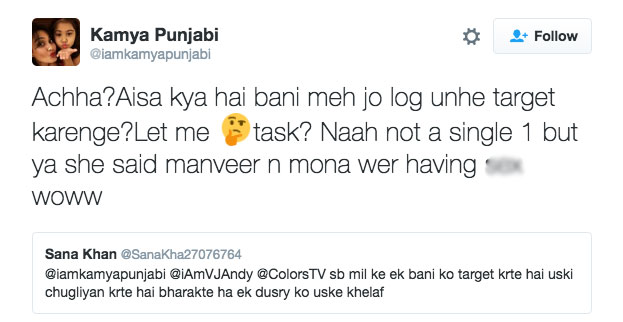 Kamya then tries to justify herself for what she said in her earlier tweet. 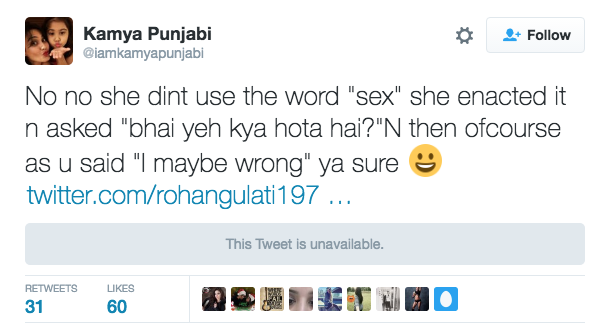 Wel, Kamya had expressed her dislike towards VJ Bani when she had appeared during one of the weekend vaar episodes. Kamya had taken VJ Bani’s case for leaving the task midway, which lead to an argument between the duo.