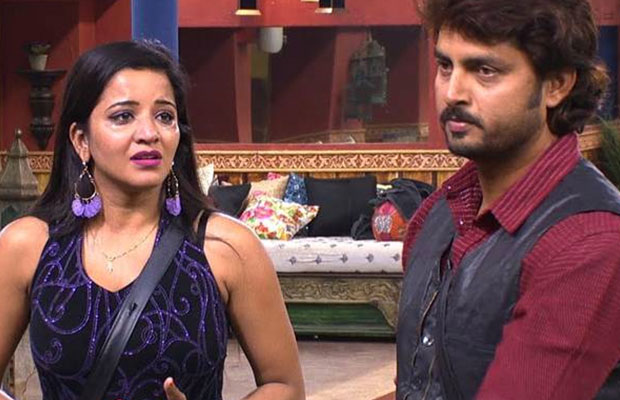 Bigg Boss 10 is definitely getting interesting as the finale is approaching closer. We all are now well aware about the wedding that is going to take place in the Bigg Boss 10 house. Mona Lisa, who is currently inside the house is all set to tie the knot with her beau Vikrant Singh Rajpoot on the show very soon.

It is not the first time that the makers are playing the shaadi card to increase their TRPs. But Vikrant stated that it is not a publicity stunt. He told a leading Entertainment Portal that, ”I can’t wait to meet Mona and propose to her. Mona will be excited and may also get emotional. It’s a very important day for both of us and I am happy that we will be tying the knot inside the house. The fact that the entire country will witness our marriage and give us blessings adds to my happiness.”

The Bhojpuri actor also adds,”We are not making it up as everyone knows about our eight-year-long relationship. We were otherwise planning to get married soon after the show. I feel it’s going to be a historic marriage, not just because it’s happening inside the house but also because it’s real. I would like to thank Bigg Boss for giving us this opportunity”.

However, it won’t be the first wedding in the Bigg Boss house. Earlier, in Bigg Boss 4, actors Sara Khan and Ali Merchant got hitched inside the house but broke off soon after the season ended. Vikrant is super excited about the same and is hoping that Salman Khan, will be there when they say their wedding vows. But Bhaijaan will not be able to be a part of it due to prior commitments.

Vikrant was initially disturbed with Mona‘s closeness with inmate Manu Punjabi on the show. But then he sorted everything out with Mona, when he entered the house as a part of a task.

And now we wish that Mona says yes to Vikrant‘s proposal!