Bigg Boss 10 contestant VJ Bani had a hard time inside Bigg Boss 10 house, but she made some loyal friends during her three-month long journey on the show. Known for her straightforward nature, Bani became close friends with television star Gaurav Chopra in the house and the two continue being the same even outside. The two, who fought with each other a lot in the house, share an adorable friendship. Despite too many fights, they always stood for each other. Moreover, its great to see that their friendship has not changed even after the show. 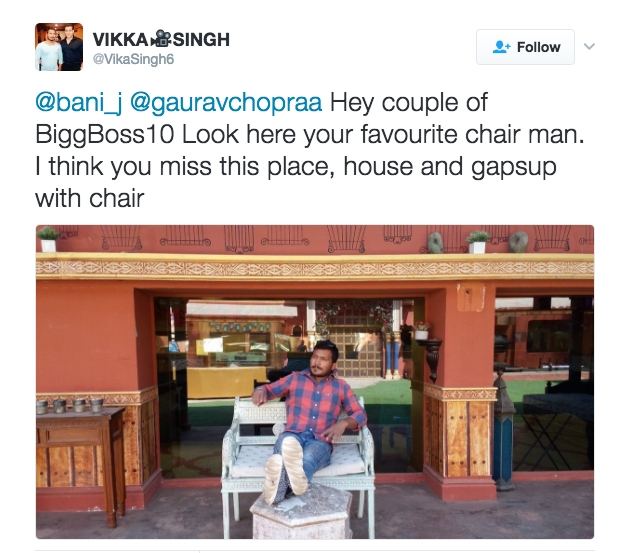 Gaurav immediately replied to the tweet asking his fans, “Is it ok that I feel possessive about that piece of furniture?”

Bani also replied in her trademark style and wrote, “Haha ‘THE’ benchhhhhhhhhhhhhhh!! one of the few things I remember fondly from the house ofocurse it’s ok to feel possessive about it Jaurav.” 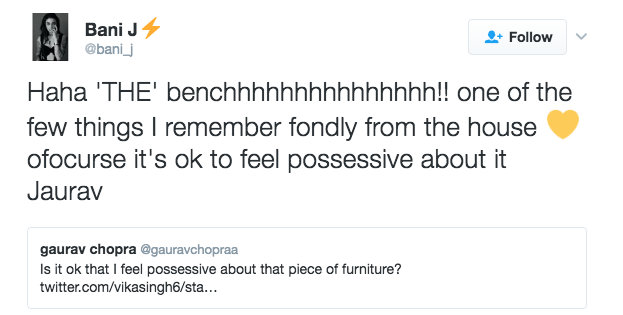 Their sweet and fun conversation continued after a fan posted a lovely note for Gaurav and Bani. 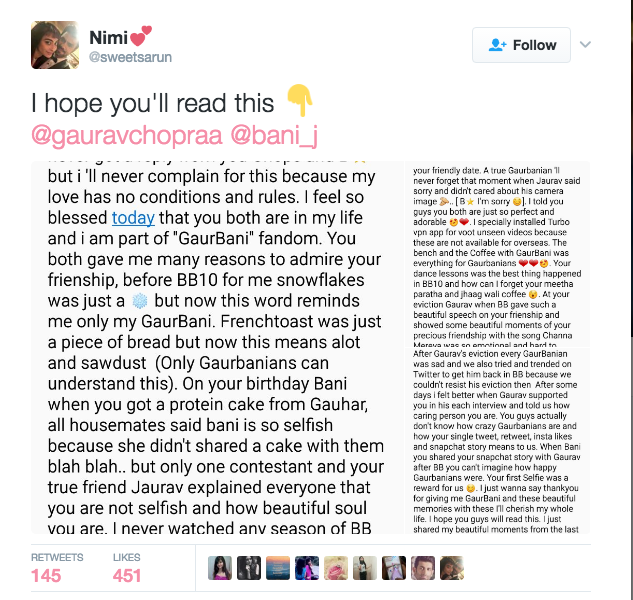 Gaurav Chopra had an adorable reply to the lovely post. He said, “Ur wrong. Ur first language is love. And that’s the best thing about this. Thank u!”

How cute is that?