Indian cricketer Virat Kohli and Bollywood actress Anushka Sharma, who have been dating each other for a quite long time, are doing well and reaching new heights in their respective professions. The duo grabs all the eyeballs over their adorable chemistry and appearance at various occasions. They have often been spotted walking hand in hand at airports and at various places, but have always refrained from making any comments about their relationship status.

Last month, Virat and Anushka were also spotted at under construction place in Worli, Mumbai, which was assumed to be a visit for their new flat. However, now a recent cryptic tweet by Virat Kolhi, hints at something #forever. We don’t know what that “forever’ stands for but is assumed to be about Anushka Sharma? He tweeted, “When you’ve got something to tell the world. But you can’t yet. #Forever 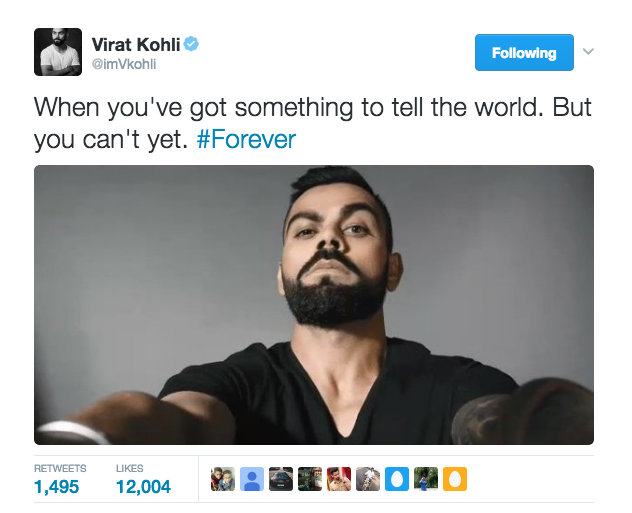 He shared another GIF of him with a caption, “So everyone. What’s the big secret? #Forever” 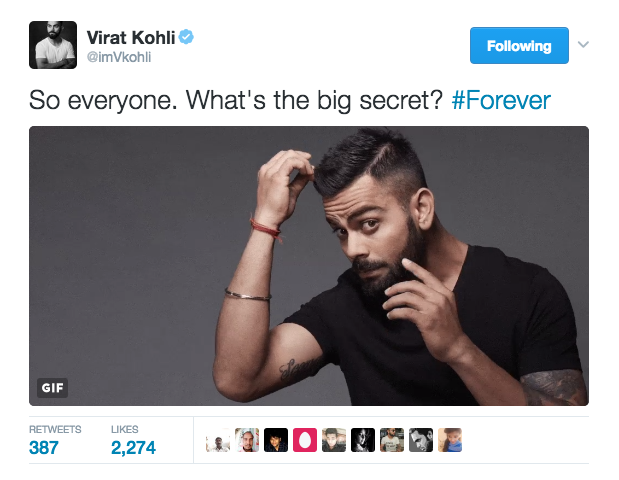 What do you think about these cryptic tweets? Share your views in the comments section below.