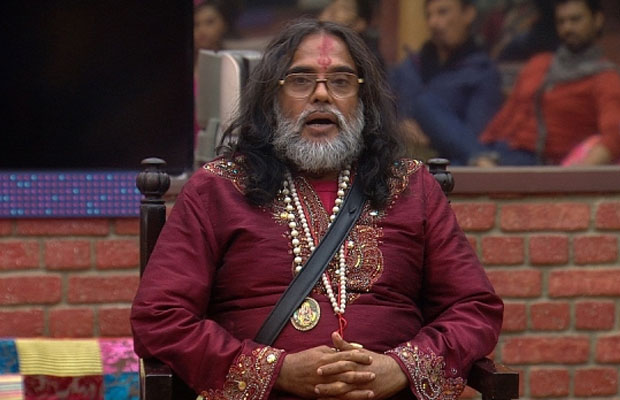 Bigg Boss 10 contestant Om Swami, who was thrown out of the reality show, is back in the news again.

Om Swami created a lot of controversies and headlines with his cheap comments and stint on the reality show, Bigg Boss 10. If that was not enough, he continued making headlines even after being thrown out of the reality show.

He was also seen playing Holi with his so-called daughter Priyanka Jagga, who was also thrown out of the reality show by host Salman Khan itself.

Now, Om Swami is back and is currently haunting the makers of the celebrity dance reality show, Nach Baliye 8. According to reports, Om Swami has no work and is currently wishing to get back on TV again. Has he assumed himself as a star? Well, it seems so!

According to an entertainment portal, Om Swami has started making calls to various production houses for work. He even made several calls to Team Nach Baliye and started asking them why they are not approaching him for the show.

The makers of the show in response tried to explain him the concept of the show. They told him that the show is for real life celebrity couples.
Now Om Swami’s reaction to it will surely leave you splits into laughter.

Om Swami then pleaded them saying that he can dance alone and compete with the participants. After trying hard to explain him for minutes, the member of Nach Baliye team had to disconnect the phone.

Well, looks like this man has lost his brain and is turning intolerant. We wonder what if he lands on the sets of the dance reality show now.