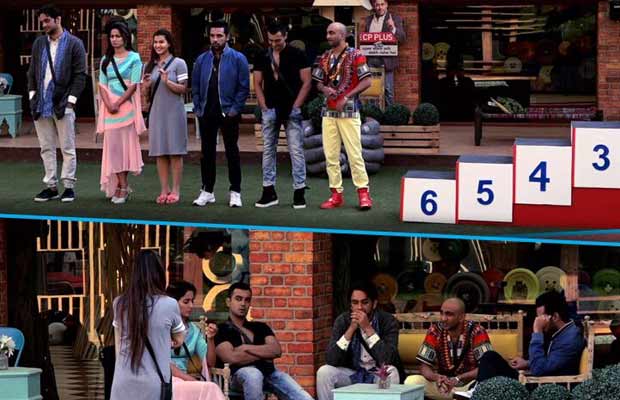 The controversial TV reality show Bigg Boss 11 is very near to its finale and this nomination has brought a twist in the show!

This season of Bigg Boss is one of the most successful ones. And as Bigg Boss 11 is nearing to its finale, just six contestants are remaining in the house. But in the semi finale week, makers of the show have introduced a new twist as four contestants have got nominated this week for eviction.

Yes, you read that right. If the latest reports are to be believed, then a twist has changed the game entirely. And you will be surprised to know that even Shilpa Shinde is one of those nominated this week. Even after being the captain of the house, who usually gets saved from the nominations, Shilpa’s name is there in the list!

Along with Shilpa, the other three are Hina Khan, Vikas Gupta and Luv Tyagi. Yes, another surprise for you all, as by now you must have realized that the ones who are safe are Akash Dadlani and Puneesh Sharma.

All those nominated this week are one of the strongest contestants of this season. And the ones who are safe are actually the ones who were expected to get evicted this week. But since it is Bigg Boss 11, you can just expect the unexpected from the show.

In the last few weeks, ouster of house members like Hiten Tejwani, Arshi Khan and Priyank Sharma came as a shock to everyone. These evictions were not at all expected even by the audience. Let us see who has to leave the show after coming so close to the finale.
Stay tuned to Business Of Cinema.com for more updates on Bigg Boss 11!