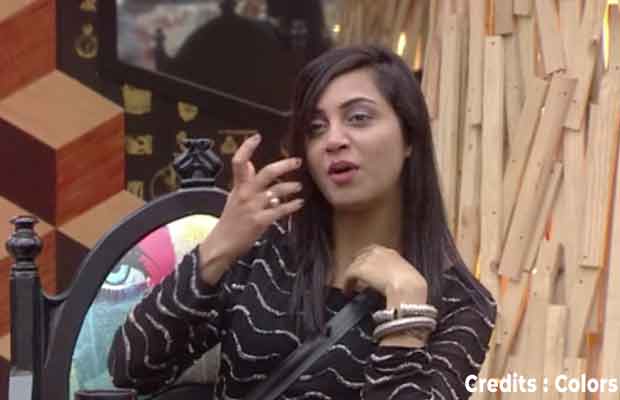 As Bigg Boss 11 enters its semi-finale week, Arshi Khan might re-enter the house along with another ex-contestant!

This season of Bigg Boss is one of the most successful ones. And as Bigg Boss 11 is nearing to its finale, just six contestants are remaining in the house. But in the semi finale week, the makers of the show are trying to bring the entertainment quotient up a notch by inviting some of the ex-contestants inside the house. And one of them might be Arshi Khan.

Arshi had got evicted in the twelfth week of the show when everyone else except Hina Khan was nominated with her. Her eviction had come as a surprise to everyone when other contestants like Puneesh Sharma and Akash Dadlani were still on the show.

Well, if the latest reports are to be believed, then she might re-enter the house for some time. And what’s more? She will not be seen alone. One of the other ex-contestants will also accompany her on the show. It might be Hiten Tejwani or Priyank Sharma.

Hiten and Arshi’s chemistry and cute banter was loved by the audience. If they come back together, then it is going to be a must watch episode!

Meanwhile, today is Monday and hence the nominations special day. After watching today’s episode we will get to know who has safely entered the finale. And who is nominated to leave the house after coming so close to the end!

It was last week when Priyank Sharma had got evicted when he was nominated alongside Luv Tyagi. It will be interesting to see who gets evicted this week and who is able to make it to the Grand Finale.