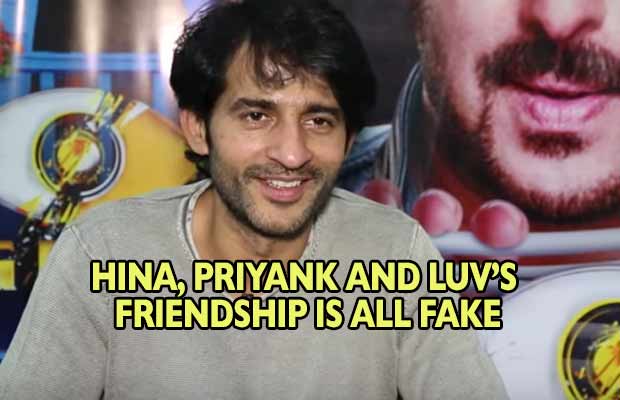 Hiten Tejwani is quite upset with Shilpa Shinde, who voted him out from Bigg Boss 11 show.

Hiten Tejwani‘s eviction from Bigg Boss 11 house was quite shocking. Even star host Salman Khan was quite shocked and upset over Hiten’s eviction. He tells Hiten that he is voted out because the housemates were insecure. One of the strongest contestant, who played this game with no strategies, is out of the house. His eviction was unexpected and biggest twist of the season.

If you have missed last night’s episode of Bigg Boss 11, let us bring some highlights. Priyank Sharma and Hiten Tejwani were called in an activity room. Salman Khan asked housemates to nominate who they think should leave the house. The results would completely depend on their majority. In the final decision, Shilpa, Hina, Akash and Luv took Priyank’s name to save him and they unanimously save Priyank. Hiten gets evicted from the house.

After the elimination, upset Hiten Tejwani has made some shocking statements. In an interview with the Firstpost.com, Hiten Tejwani spoke his heart out.

On co-contestants didn’t support him: “I will have only one regret, that the gharwale didn’t support me even as I didn’t behave badly with anyone. Had they supported me, then I would have reached in top five or four. It’s a game, yes, but who will they play with? Weak contestants? Isn’t it more fun to have strong competition? I expected to reach at least the finale and was extremely shocked with the eviction. Didn’t expect it to happen now after coming so far. I don’t know if I was out because I can’t fight unnecessarily, or can’t shout at the top of my lungs. For the commoners, everything was for the cameras as they have never faced one before. But I was natural, I lived the way I live in my house.”

On Shilpa Shinde backstabbed him: ”Vikas, Arshi and Puneesh favoured me but Hina and Luv wanted Priyank to stay which was expected. But the major role in ousting me was played by Shilpa. She got rid of me because she felt that I was one of the strongest contestants. She was the major deciding factor in my elimination. And people who don’t deserve are still inside, that is, Puneesh, Akash and Luv. I definitely didn’t deserve to get evicted before these three.”

Wants Vikas Gupta to win the show: ”When I was inside, Vikas wanted me to win, and now that I am outside, I would want him to win. But otherwise, Shilpa is quite strong in terms of votes and popularity. She has got a zabardast (huge) fan following. Her expressions of making fun of Hina crying was retweeted 7,00,000 times. She has been saved almost every time. So, only Shilpa can give Vikas a tough competition,” said Hiten, further adding, “And the way Hina is going, now I have got to know that she has spoilt a lot for herself. She is also strong but I’m not sure if people would want her to win. But these three – Shilpa, Vikas and Hina — would definitely be in the finale.”

On Shilpa Shinde playing smart game: ”Shilpa ends up looking good and dignified. She is clever and she knows it. Also, she would handle kitchen single-handedly. She would sweep regularly and wash utensils even for others. Now that she’s given up the kitchen chores after being accused of using tap water, Arshi and Akash will have to handle kitchen, and Shilpa would get lot of free time to play her game. Now Shilpa’s next target would be Hina and once Hina is out, her line would be clear. Then probably she would target Vikas,”

On Hina Khan being fake: Hina says something but does something else only. She is fake. I never reacted when she brought my wife Gauri into the whole issue when she lost out on her captaincy because of my action which was in favour of Vikas and captaincy eventually went to Arshi. I never did any form of back-biting because I didn’t want to react to fake people. Audience understands everything. Actually Hina, Priyank and Luv’s friendship is all fake but then they have to show that it’s solid.”

On receiving compliments from Salman Khan: ”I am happy that I came out the same person that had walked into the house, though I am much calmer now. My sanity is intact. It showed my true self but I have become more patient and calm. This house couldn’t change me despite of so many squabbles, back-biting, bit*hing.”