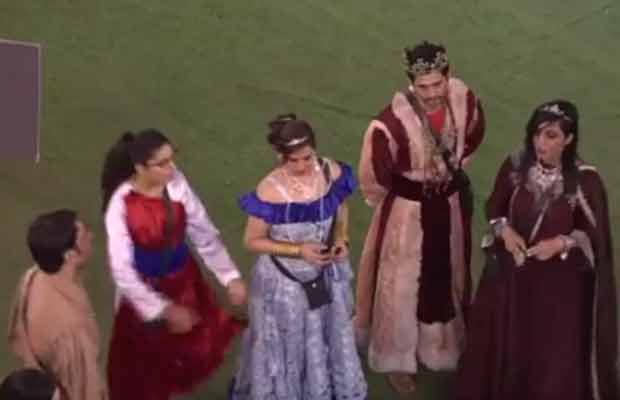 After a grueling first week, Bigg Boss 11 contestants gear up for the next phase of the luxury budget task.

Now, the details of the second task inside the glass-walled house have been revealed. For the second task, Bigg Boss has introduced ‘Raja Rani Ki Kahaani’ wherein Hiten Tejwani would play the role of Raja while Shilpa Shinde and Arshi Khan would play the roles of Ranis (queens). The housemates would be divided into two teams (Team Blue and Team Red). The housemates supporting each queen respectively have to form their block with the coloured blocks given to them.

One team has to make sure that the opposite team isn’t able to form the wall with the blocks and that they can do it by breaking it. Well, the new task is sure to bring lots of fights, drama and argument among the housemates. Nothing comes easy inside Bigg Boss house and this task is sure to create more trouble for the inmates in order to earn their luxury budget of the week.

As they say, all is fair in love and war it remains to be seen that which team will finally win the task

Catch all these dramas in tonight’s episode of Bigg Boss 11!