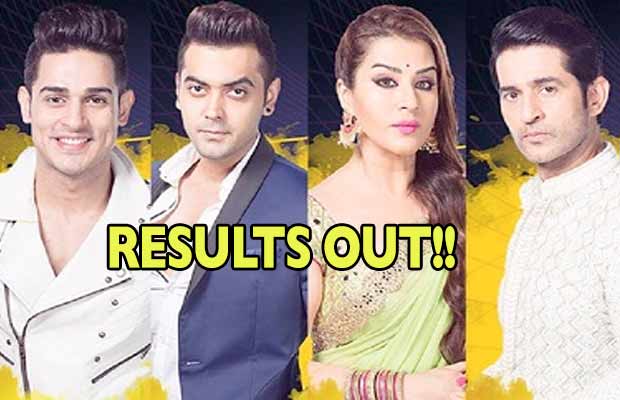 Hiten Tejwani, Luv Tyagi, Shilpa Shinde and Priyank Sharma have been nominated this week to leave the Bigg Boss 11 house!

Out of these Shilpa, Hiten, Priyank and Luv are the ones nominated to leave the house this week. The nominations were decided through a special task.

As the captain of the house this week, Arshi Khan got a special power over deciding on the nominated contestants. Also, as the captain, she was already safe this week.

For the nominations task, Bigg Boss had divided the house into two groups. The Red team had Shilpa, Hiten, Priyank and Luv. On the other hand, Blue team had Vikas, Hina, Puneesh and Akash.

One by one Arshi had to pluck apples from each team’s tree having a contestant’s image. At the end of the task, whichever team would have more number of apples left, that team would be the winner. In other words, Arshi could save one team as a whole and nominated the other as a whole.

At the end of the task, it was the Blue team which got saved leaving the other four contestants nominated.

Check out the poll results here:

VOTE NOW!! Who Do You Think Will Get Eliminated This Weekend? @BeingSalmanKhan @BiggBoss #BiggBoss11

Well, it will be made clear on this Weekend Ka Vaar only when Salman Khan will announce the name of the evicted contestant.