One of the commoners from Bigg Boss 11, who has grabbed all the attention is none other than dancer Sapna Chaudhary. Sapna had told Salman Khan in the premiere episode that she had tried to commit suicide due to depression, a few years ago and now few days after the show begins, her suicide note has gone viral.

In her suicide note, Sapna had written about her financial condition and how she earned her living by dancing at events. She also mentions about being harassed by a man and expressed her desire for the strictest punishment for him. Reportedly, 2 cases were also registered against her for hurting a Dalit community during one of her dance performances. After which she went into depression and tried to commit suicide by in taking poison.

However, Sapna has now moved on in her life and has become very strong now. She has recovered from the dark phase of her life and but the pictures of her old letter, apparently written by her have gone viral. 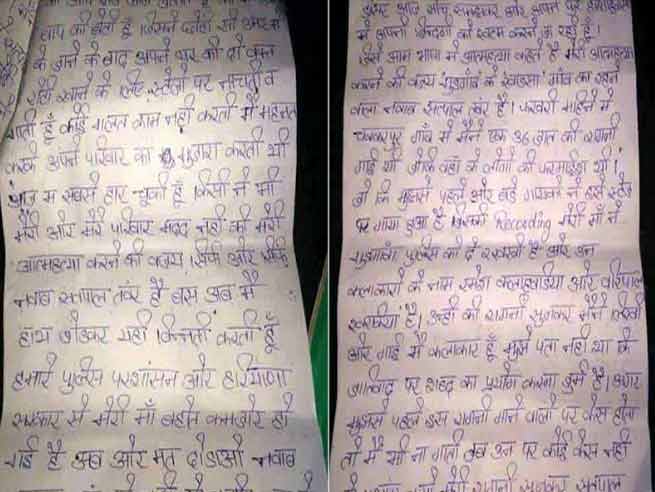 Meanwhile, the last episode of Bigg Boss 11 saw how Sapna chased Arshi Khan throughout the day and warned her to behave in the house after she addressed her as ‘Naachne waali’.
It all started after Arshi makes a personal comment on Sapna by calling her “Naachne waali”. “Main hu naachne wali” replies Sapna Chaudhary to Arshi Khan as she taunts her about her profession. Padosi contestant Mehjabi Siddiqui too indulges in a fight with Arshi and warns her to not misbehave. The rest of the contestants too stand in support of Sapna.