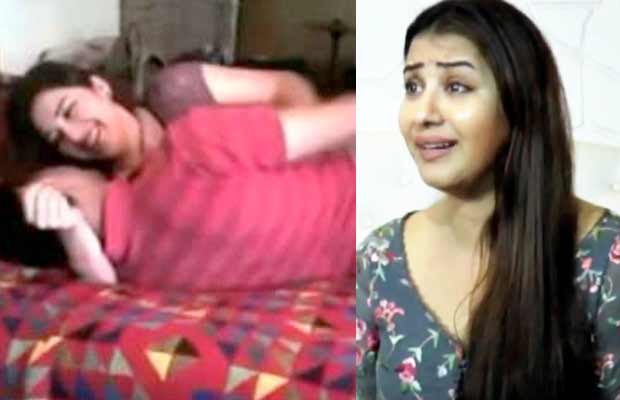 Actor Shilpa Shinde is clearly the spice of Bigg Boss 11. Be it her entertaining antics, cooking skills or kind nature, Shilpa surely seems to have become a favourite in the Bigg Boss house. Recently, co contestant, actor Hina Khan, also spoke about how Shilpa is very caring towards everyone in the house and is always ready to offer help, which is a rarity in such a show.

However, as she succeeds in showing her positive side on national television, there are ways to tarnish her image by those who want to hurt her. One such way has been through a picture of Shilpa with a man. This MMS picture has been doing the rounds, however it is fabricated.

“In today’s day and age, there are many ways to tamper with a person’s image. it is completely fabricated or may be a look alike’s photo. Nowadays everything can be photo shopped and morphed,” says the actor’s friend.

It is clear that Bigg Boss is a big show and its contestants instantly come in the limelight. All contestants have a strong backing outside the house and they are constantly rooting for their favourite inmate. However, this year there seems to be a trend that is being followed where, along with supporting their favourite contestant, these followers are also taking part in maligning others in the show. And this fabricated picture seems to be a result of that.

Off late, Shilpa, as well as Vikas Gupta, have been getting a lot of screen time, and this might be bothering the others in the house. It is a well-known fact that Shilpa and Vikas share a bad past professionally. And while others in the house often resort to abuses and confrontations, Shilpa has decided to play pranks on him, offer food consistently or sing songs, to antagonise him, without breaking any rules. This is why both she and Vikas have been enjoying a lot of screen time.

Shilpa’s never-say-die spirit is also very evident in the show. She is constantly struggling to do her best by entertaining others as well as participating in all the tasks. She is constantly seen working and cooking in the kitchen and makes sure to feed everyone. We have also seen her humane side when she has often comforted those who are upset, be is Sapna Chaudhary or Dhinchak Pooja. She is also one of the few who understands Akash Dadlani and is seen often telling the others that he has a great heart.

Shilpa is truly one of the best contenders that has ever been in Bigg Boss and will surely play the game well.