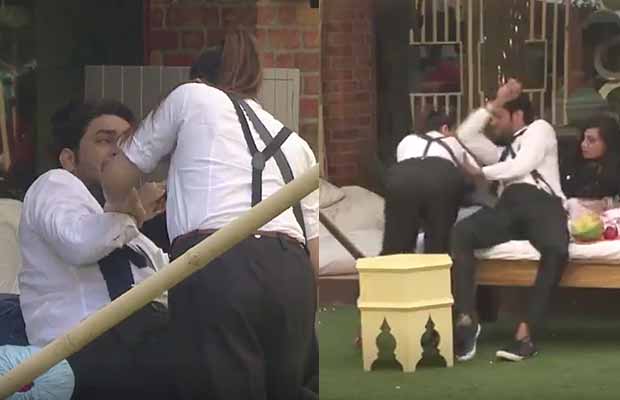 Vikas Gupta and Shilpa Shinde once again get into an ugly fight during the luxury budget task.

One thing that is not going change on Bigg Boss 11 house is Vikas Gupta and Shilpa Shinde’s fight. The two come always come up with new things to trouble each other. Tonight viewers will witness another ugly and physical fight between the two during the luxury budget task “Cushion Factory”.

It all starts after Shilpa tries fleeing Vikas Gupta’s money. Immediately Vikas tries to stop her from doing so but Shilpa in return shouts at him that he can’t get physical. Shilpa then holds Vikas Gupta’s collar and wrist tightly. She shouts at the top of her voice saying that how he dared to touch her. Housemates rush to stop them but nothing works out as they still continue blabbering against each other.

Are they bringing out their personal enemy and anger in the game? Well, they would be the best people to answer during the weekend ka vaar episode. Meanwhile, it remains to see if Bigg Boss takes any action against their physical fight.

The fight between @lostboy54 & Shilpa Shinde is getting intense! Watch #BB11 tonight at 10:30pm to find out what happens next! #BBSneakPeek pic.twitter.com/jjal8ltecI