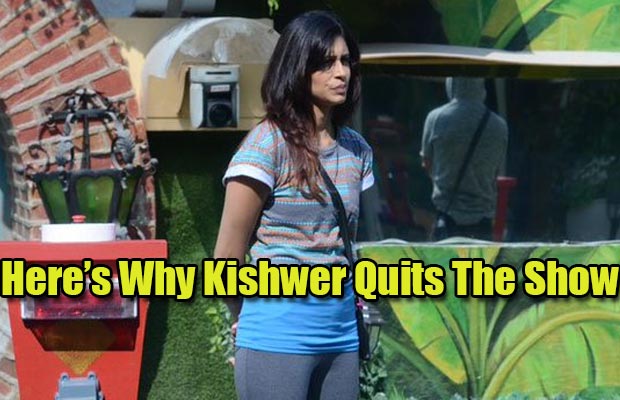 [tps_footer]One of the biggest tasks of Bigg Boss 9, ‘ticket to finale’, left all the housemates in shock after Kishwer Merchant quit the show by choosing Rs 15 Lakh. Kishwer chose to walk out of the show with Rs 15 Lakh while Prince was announced as the first finalist of Bigg Boss 9

Both Prince and Kishwer share a good bonding with each other and so it was difficult for the two to take the biggest decision at this stage of the show. While the two were fighting to get ‘ticket to finale’, other housemates tried their best to convince them to press the buzzer.

Even after many tries, housemates were not successful in convincing Prince and Kishwer. Later, after a night passed, Prince tried his best to explain Kishwer that his fans and whole Punjab would vote for him and this is the reason he would not quit the game.

Discussing on who has more chances to win the show, both Kishwer and Prince came to a conclusion after Bigg Boss asked them to take a decision. The stress increased between the two, which even made Kishwer cry.

Nevertheless, after a lot of efforts, Prince tried to convince Kishwer that he can win the show and that her chances are less to win than him. So can we say, just for the sake of Prince Narula, Kishwer decided to leave the show with Rs 15 Lakh, despite being the strong contestant of the show?