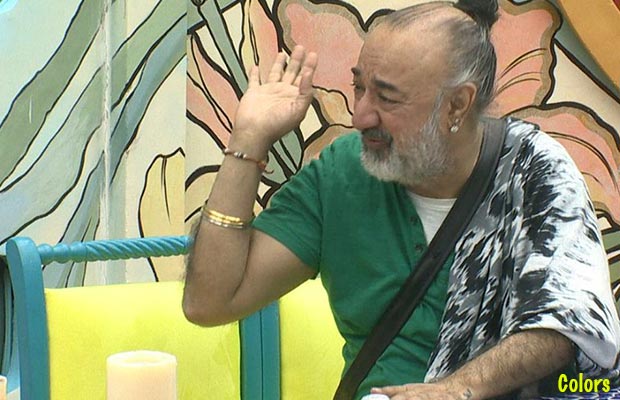 [tps_footer]Fashion designer Kawaljit Singh, who made third wild card entry in Bigg Boss 9 house, has started showing his true colors now. After being goody goody with the housemates, Kawaljit Singh crossed all the lines during luxury budget task.

The 60-year-old man spoke many unwanted weird things during the luxury budget task and that made everyone angry and upset. Not only that, he even forcefully pushed Mandana Karimi which hurt her wrist badly. Mandana, who couldn’t take this behaviour of Kawaljit, abused him badly.

Later, he even started making wrong comments on Priya Malik, which led to a heated argument between the two. All the housemates were quite shocked and upset with Kawaljit Singh’s behaviour and asked him to stop it. Not listening to the warning, housemates planned to teach him a lesson and made a point that they won’t respect his age anymore.

Bigg Boss 9 contestants also claimed that Kawaljit Singh has lost his character, but the fashion designer ignored to hear anything from the housemates and continued to behave weird with everyone. This luxury budget task is going to be worst and ugly for sure!