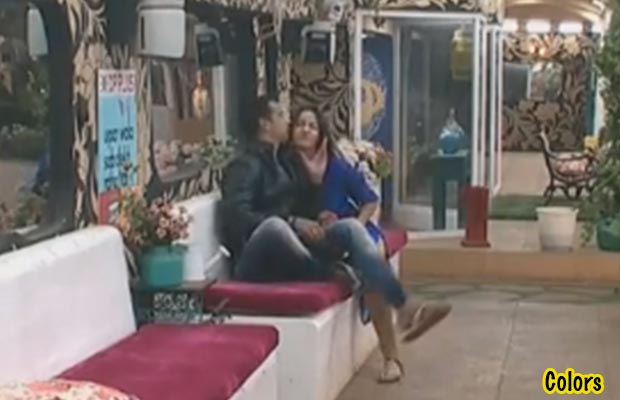 [tps_footer]They’ve cried; they’ve laughed; they’ve fought, held grudges and eventually made up. Today, after three months of drama and sheer entertainment, it’s finally time to draw curtains on Bigg Boss Double Trouble. And after a stay of more than 100 days, Prince Narula has been declared the winner of Bigg Boss 9 proving that tireless grit and determination does indeed reap fruitful results!

Walking away with the coveted Bigg Boss trophy, presented to him by host Salman Khan, and prize money of Rs. 35 lakh, Prince Narula celebrated the joyous moment in the presence of his family members, friends and fellow contestants. While Prince Narula won the most audience support and appreciation, Rishabh Sinha was declared as the first runner-up and Mandana Karimi came in at third spot.

When Prince Narula was rejected by three ladies before he found a partner in Rochelle Rao to enter the Bigg Boss house, it seemed like his journey would not extend beyond a few weeks. But within a few days, the duo was pegged as the strongest pair inside the house. Renamed as the ‘Paratha King’ of the house for his culinary skills, Prince treated every task like a matter of life and death and completed it with utmost conviction.

Quick to slip in the presence of a pretty face, Prince fell ‘in love’ on more than one instance as he expressed his feelings for both Yuvika Choudhary and Nora Fatehi while on the show. He fostered strong relationships with Suyyash Rai and Kishwer Merchantt, even calling the latter his sister. But when he let Kishwer bow out of the game so that he could secure a seat in the finale, his decision met with widespread criticism. However, at the end, none of it mattered as being the most responsible person in the house made Prince the unprecedented winner of the show.

Speaking about the Grand Finale of Bigg Boss Double Trouble, Manisha Sharma, Programming Head – Colors, said, “This year, unpredictability has been the theme of Bigg Boss Nau right from the word go and we consistently worked towards delivering it to viewers. The tasks, the wildcard entries, the guests, the twists and turns and not to forget, the celebrity contestants who gave up more than three months of their time to be on the show have all contributed towards making this season a truly volatile one.

The crowning moment of this season, though, has undoubtedly been television’s historic moment as Shah Rukh Khan and Salman Khan came together to add their special brand of magic to the show. Having said that, we would like to congratulate Prince Narula for emerging as the winner for this season and wish him well on his journey beyond. We’re now gearing up for Bigg Boss Season 10 and look forward to audience participation and support to make it an even bigger success that Bigg Boss 9.”

Deepak Dhar, Managing Director – Endemol Shine India said, “As a property, Bigg Boss always aims to entertain through varied tasks, entries and opportunities presented to the contestants during their journey, which, this year, brought them closer to Double Trouble. In tandem with the theme, we also introduced the Double Trouble room to add some unexpected twists and turns revealing the contestants’ true intentions and changing dynamics inside the house. As we gear up for the next season of the show, we would like to thank viewers for their unflinching support in this tumultuous ride that Bigg Boss has become.”

The Grand Finale of Bigg Boss Double Trouble brought together a mix of highly stylized and eye-catching acts that raised the entertainment quotient manifold. While the contestants came together in groups to create magic in different parts of the house with their spellbinding performances, it was Katrina Kaif and her co-star Aditya Roy Kapur from her upcoming film Fitoor that grabbed the most attention.

Khatron Ke Khiladi contestants Sidharth Shukla, Sana Saeed, Raghav Juyal and Mahii Vij added some peeda to the lives of the Bigg Boss Finalists as they challenged them to perform a stunt wherein they needed to dunk their hands in a tank of crabs. Adding to the thrill element, Khatron Ke Khiladi host Arjun Kapoor also set the stage on fire by presenting a power-packed performance to the theme song of the show!

And that’s not all…Television’s most-loved Naagin, Mouni Roy, and warrior prince from Chakravartin Ashoka Samrat, Siddharth Nigam, joined host Salman Khan for a grand performance that set the tone for the show’s blockbuster closing. The show also featured Comedy Nights Bachao’s Bharti Singh, Sudesh Lahiri and Krushna Abhishek who created ribtickling moments that had the contestants forget about the stress of the finale and roll in laughter. And it’s never complete without a blast from the past as last year’s winner Gautam Gulati joined this season’s alpha females to create an entertainment extravaganza!