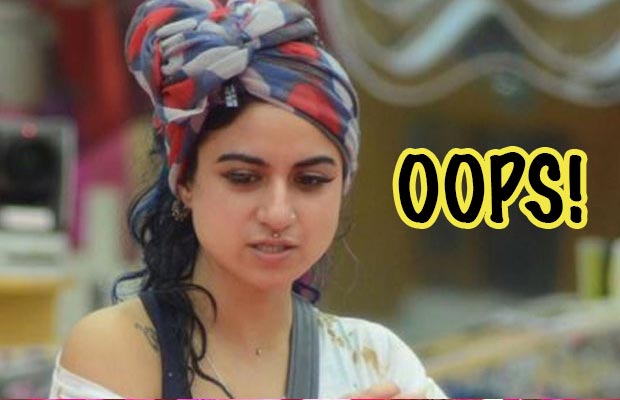 [tps_footer]With too many fights and controversies on the ongoing Bigg Boss 9 show, the makers of the show introduced a fun task. Bigg Boss decided to control the housemates with its remote control by playing fast forward game.

Everything in the house was going either fast forward or rewind and well it was surely a fun task for the housemates. Being in the funny mood, Rishabh and Gizele thought to tease and pull Priya Malik’s leg while she was inside the bathroom. Well, that was not the only thing; she was in the bathroom for almost 20 minutes, as Bigg Boss asked her to pause after she entered inside the bathroom.

On this instance, Rishabh thought of pulling Priya Malik’s leg. He continuously put light on/off and also made her count that she is in the bathroom for almost 20 minutes. He even asked her to come out, but as she was asked to stay paused in the bathroom, she couldn’t.

It went way too funny when Gizele shouted from outside saying Priya to sit inside the bathroom until the show ends and that even her elimination from the show should be done inside the bathroom. On this, all the housemates broke down into laughter. After a ugly fight, Bigg Boss 9 house finally saw housemates sharing some laughter.