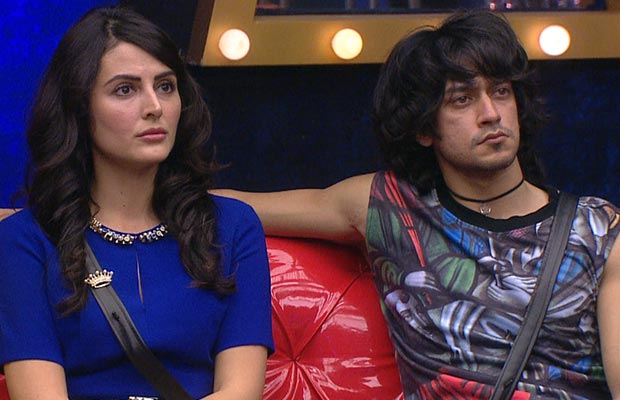 [tps_footer]Bigg Boss 9 is known for its changing equations and with this we see two besties turn foe now. After Mandana Karimi had re-entered the house, Rochelle Rao was shocked as she was aware that Mandana had heard everything that she had spoken about her after she had left the house and gone to the secret room.

CLICK HERE FOR SALMAN KHAN PREM RATAN DHAN PAYO BOX OFFICE UPDATES
Mandana who was shocked, discussed with the housemates that how Rochelle and Aman were talking about her after she left. She warned Aman and Rochelle that she will show how to play the game. The trio also had an heated argument on the same.
When Rochelle tried to explain why she had bitched about her, Mandana told her that she didn’t get the game. The task was not to save oneself from nomination, but it was to “open her eyes” towards everyone’s true feeling about her. Mandana told Rochelle that whatever her intentions were, she chose the task over their friendship.
ALL LATEST BIGG BOSS 9 WITH SALMAN KHAN STORIES CLICK HERE
Salman Khan grills Mandana for snapping at Rochelle because she was made a fool during the secret room task.  Mandana cannot be a true friend to anyone and she proved it after backstabbing Rochelle who was her ‘best friend’. Rishabh says he will always stand up for Mandana no matter what.
All contestants discuss with Salman Khan about how Mandana falls ill only during task. Everyone feels she does it for her advantage.
CLICK HERE FOR MORE BOLLYWOOD UPDATES AND GOSSIPS
Stay tuned to Business Of Cinema to catch exclusive updates on Bigg Boss 9 Double Trouble!