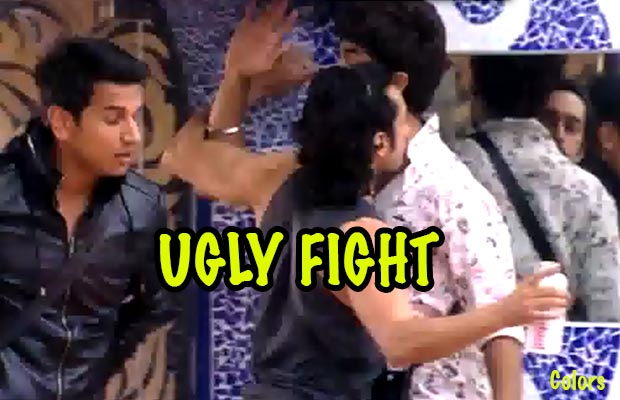 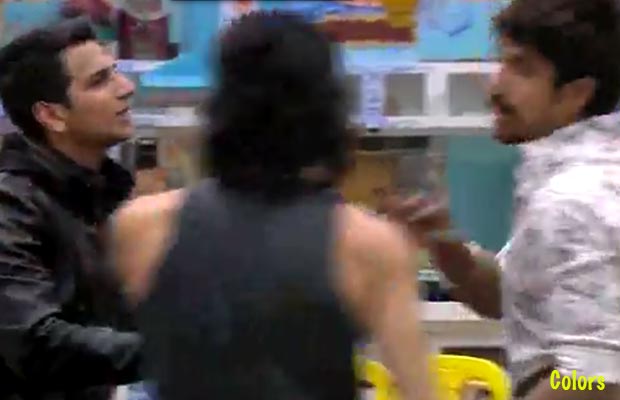 [tps_footer]No task is complete without an argument and fight in Bigg Boss 9 house. After Kishwer, Prince, Rishabh and Rochelle’s turn, it was time for other team members Aman, Digangana, Suyyash and Mandana to play the role of kids and start troubling their caretakers in the ‘Shararati Bachche’ task.

It was time for the opposite team to take revenge and trouble the caretakers. Mandana and Suyyash made them taste that how difficult was to bear their pain during the task. Earlier we informed how Mandana abused Prince, which led to a heated argument, and as a result Prince walked out saying that it would be worst if he starts abusing back. It all happened when Prince called Mandana fake.

After Prince and Mandana’s heated argument, it was another fight in Bigg Boss 9 house. The two besties Suyyash and Prince who were in the opposite teams this time, got down into argument when Prince asked Suyyash to behave like kid and not to be aggressive and physical. The heated argument went on ahead when Suyyash brought toys inside the house from the garden area which was not allowed.

Taking advantage of their fight, Rishabh jumps in and starts arguing with Suyyash in support of Prince. But the two buddies were smart enough that they asked Rishabh to stay out of this as the fight was among them.

Now where will this argument lead to? Time will tell better!