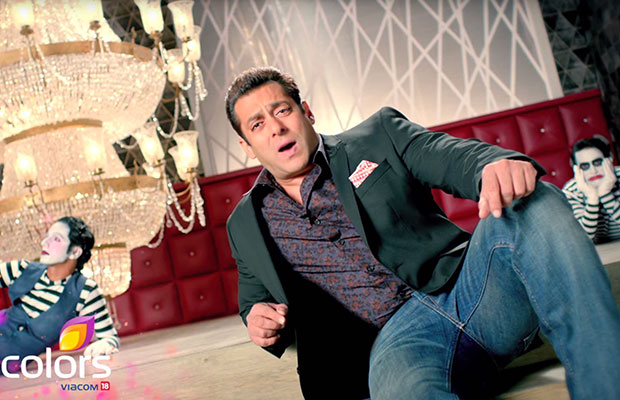 [tps_footer]The Super Khan of the tinsel town Salman Khan is all ready to flaunt his quirky style in the upcoming season of the much awaited reality show Bigg Boss. The reality show which has a huge fan following amongst the masses is all set to commence soon with Salman as its host.

The Dabangg Khan who is loved by audience for his spontaneous hosting will soon be seen in the new promo of Bigg Boss season 9. The theme of this season’s Bigg Boss is ‘Double Trouble’ wherein the challenges will not only be individually, but will be in pairs.

Hosted by Salman Khan, this season of Bigg Boss is highly awaited by the audience. The just released promo of the reality show signifies that the show will move ahead from its staple nagging and arguments and will instead have two people sharing each other’s targets. Yes! The unique theme will not be just fun to watch but will also put the contestants in a tricky situation.

The ‘Double Trouble’ will surely make up for double entertainment dose for the audience too. Raj Nayak took to the micro blogging site Twitter to release the new promo of the reality show posting, “#BREAKING The wait is over #BiggBoss9 launches Sunday 11th October 9 PM http://tinyurl.com/Biggboss8-DDT   @ColorsTV @BeingSalmanKhan @BiggBoss9 #News.”

The show which is always termed as the most controversial one is all ready to commence from October 11, 2015 at 9 pm on Colors TV. The contestants list for the same has been kept in wraps, but many speculations about the same are being made. Well, with so many twists and turns in the promo itself, the show is obviously going to be must watch for all.