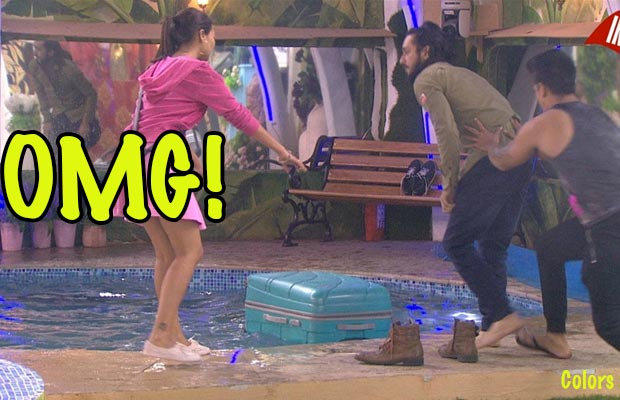 Well, its time for the revenge and we say revenge can be sweet as well as bitter and it was time for the contestants to take revenge from Rishabh. The upcoming episode is surely going to make you laugh where Prince, Kishwer and Suyyash decided to play a prank on Rishabh. All the three made Rishabh to chase behind them for his luggage. Both the hunks Suyyash and Prince threw his bag inside the pool while Rishabh was chasing them. This is surely going to make you burst in laughter.

The duo had got full chance to harass him badly and it was fun. Taking revenge, Prince pushed Rishabh inside the pool while he was trying to remove his bag out of it. Also Yuvika and Rochelle came running outside pretending to be a little worried for his belongings. But actually they weren’t!

Well, it was all for the fun, later by the end of the day all the contestants went inside the pool and had great chit chatting time with Rishabh.