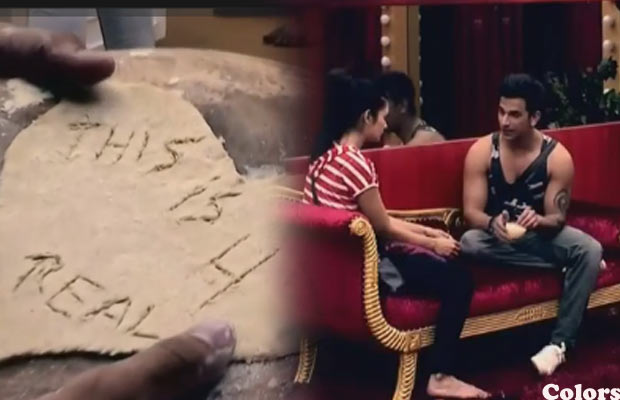 Looks like the survival inside the Bigg Boss 9 is going to get tougher for the other housemates in the coming days with two wild card contestants- Rishabh and Puneet.

Soon after Puneet’s entry in the house, he created ruckus with the housemates and if the was not enough he even irritated them with his loud shouts early morning.

While both the wild card entries are taking the center stage, hunk Prince is busy following his heart. After jokingly proposing Yuvika in the first week of the show, in the next episode you will see Prince finally confessing Yuvika that he has fallen for her and that he would like to talk about it once they are outside the house. He made two hearts on the uncooked paratha and gave it to Yuvika. Isn’t that adorable?

Well, we wait to see what Yuvika had to react on it ahead!