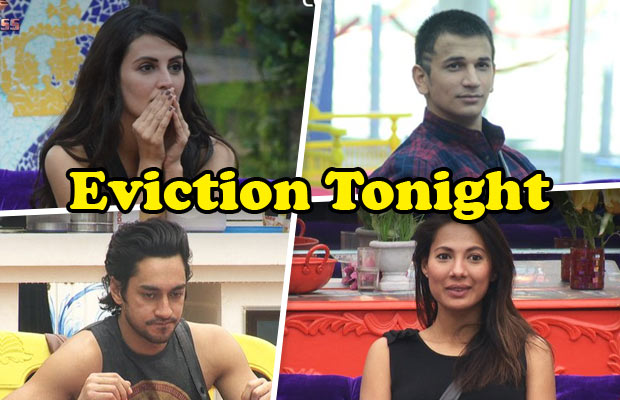 [tps_footer]After spending almost 100 days with many ups and downs, the top four contestants Prince Narula, Mandana Karimi, Rochelle Rao and Rishabh Sinha are excited as well as nervous since past few days as the grand finale is nearing.

With fights, love connections, controversies, gossips, heartbreaks, tears and much more, the top four contestants have successfully survived the chaotic house for three months. Nevertheless, with excitement and nervousness, the housemates are all set for the grand finale and have already began with the preparations.

We, exclusively reveal, just a day before the grand finale, Bigg Boss 9 show is bringing lots of surprises for the housemates as well as for the viewers. From classy and super hot makeover to the power packed performances, the housemates have geared up for the blockbuster grand finale, which will be aired tomorrow on January 23.

Not only housemates, even star host Salman Khan has began with the preparations with his grand performance for the grand finale night. With too much of happiness in the house among the top four finalists, we exclusively reveal the saddest and the shocking news.

Yes, out of the top four contestants Rochelle Rao, Mandana Karimi, Prince Narula and Rishabh Sinha, one will leave the house tonight. The most shocking part is that only top three contestants would reach at the stage of Bigg Boss 9 grand finale, while one will bid a final goodbye today after reaching so close to the bag the trophy.

Meanwhile, brace yourself as we will also exclusively announce the winner of the show soon!