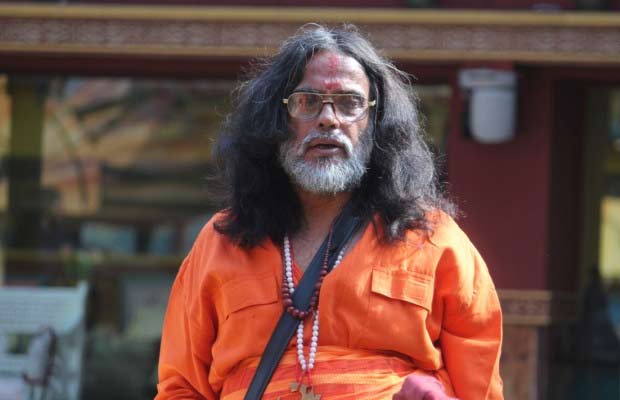 It was quite shocking for the housemates as well as for the viewers to know that Bigg Boss 10 contestant Om Swami got evicted from the house. But makers of the show were in no mood to let go the real entertainment of the show and so, taking the twist in the game, Om Swami was sent directly to the secret room post eviction. Om Swami, who has been labeled as the entertainer of the season, is enjoying his time inside the secret room.

Well, all you Om Swami fans, gear up, as you will be witnessing the weird and hilarious antics of Swami Om once again inside the Bigg Boss 10 house. We exclusively reveal, Bigg Boss is all set to send Om Swami back inside the house and it’s going to be one hilarious roller-coaster ride again. The self-proclaimed Babaji, who was irritating to the top with his continuous silly blabber, is entering the house again today.

Get ready to witness the same in tonight’s episode of Bigg Boss 10. We can’t wait to catch how housemates react to Om Swami‘s re-entry in the house.