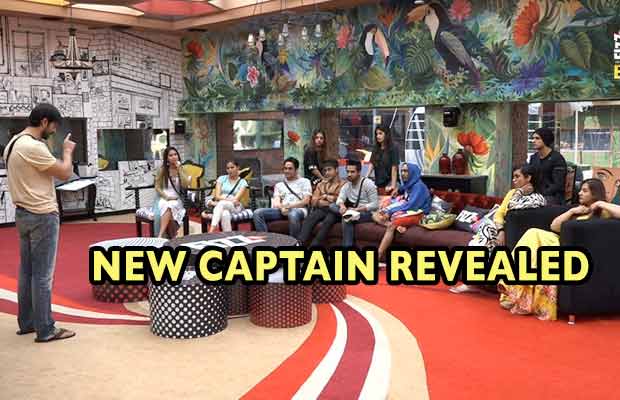 This week’s captaincy and luxury budget task created a lot of chaos in Bigg Boss 11 house. Vikas Gupta, Luv Tyagi and Puneesh Sharma were given the opportunity to select the contenders for the captaincy. All the three were put into the cage as Dinosaurs and each time when the door of the cage opened, one of them had to rush and crush one of the housemate’s photos thus eliminating them from the race. Only the person crossing the red line first will get the chance to crush one contestant’s photo. The task saw major twists and turns. Puneesh, Vikas and Luv were fighting to make their favourite contestant.

Finally, Luv Tyagi, Puneesh Sharma and Bandgi Kalra became the contenders for the captaincy task. Tonight you will see Luv, Tyagi, and Bandgi fighting against each other to become the new captain of the house. Bigg Boss introduced a task in which all three contenders were given their individual bowl filled with water.

We EXCLUSIVELY reveal, Bandgi Kalra is the new captain of the house as she was the one who received support from maximum contestants of the house. Let’s wait and watch how Bandgi Kalra rules the house under her captaincy.