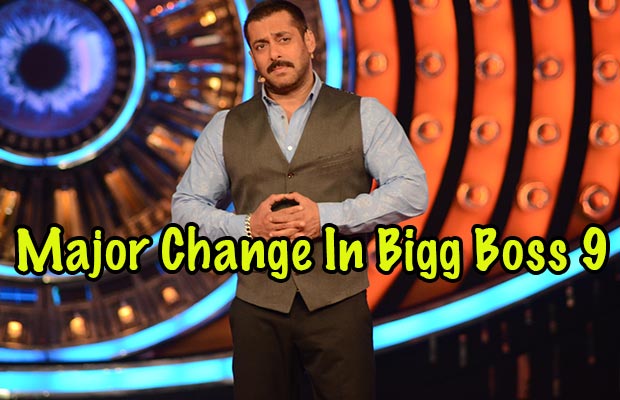 [tps_footer]Undoubtedly, Bigg Boss 9 season is going way different from what viewers have seen in the past. The show is trying to find every best possible way to take the level of the game a step ahead, but it has failed to do so even after many tries.

Due to much of the content and hours and hours of tasks, the makers of the show had to delay the eviction, which happened during this week on Tuesday. We saw Rimi Sen’s eviction on Tuesday and that too without Salman Khan.

Yes, now we exclusively reveal that there is a major change in the format of the show, as the evictions will happen either on Monday or Tuesday. Though eviction will happen on weekdays, we will surely get to see Salman Khan on the weekend episodes. The Being Human star will surely come and interact with the housemates, but won’t be any part of the eviction.

Also other major change is that the duration of the episodes has been cut short to 45 minutes from 1 hour in order to not disturb the TRP of the new show Naagin, which comes just after Bigg Boss 9. Both the shows Meri Aashiqui Tum Se Hi and Naagin are popular and so the makers of the Bigg Boss 9 show adjusted their timing of the show.

Seems, the show has a lot of footage and content and to telecast it they had to postpone the evictions on weekdays. Also this time voting lines are closed and we wait to catch what new eviction twist Salman Khan brings for Bigg Boss 9 contestants.