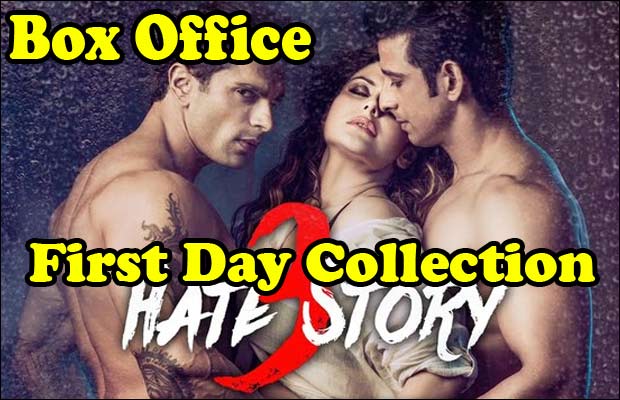 [tps_footer]Bollywood’s latest release, ‘Hate Story 3′ starring Karan Singh Grover, Sharman Joshi, Zareen Khan and others has opened to a good start. Owing to the legacy of the film series, the film enjoyed an awareness among the audience who knew what the film will be offering. Out of the three films that released today, ‘Hate Story 3’ has easily managed to become the strongest opener with an occupancy rate of 30-35% approximately in its opening shows.

The film caters to a certain type of audience and is an A-rated film which makes it important for the film to impress that part of the audience throughout today and tomorrow. The good opening occupancy rate has to continue till the evening as well as on Saturday for the film to have a steady run at the box office this weekend. Due to the earlier film series and the fame gained by it, ‘Hate Story 3’ will easily surpass the opening day record of ‘Hate Story 2’.

‘Hate Story 2’ starring Surveen Chawla and Sunny Leone was a big hit among the masses and managed to collect Rs. 4.50 crores net approx on its opening day at the box office. With bigger budget, better cast and music that has spread like wildfire, ‘Hate Story 3’ is expected to collect much more than that on its opening day. The performance will be better in metropolitan areas and similar places in North where such movies cater better to the audience.