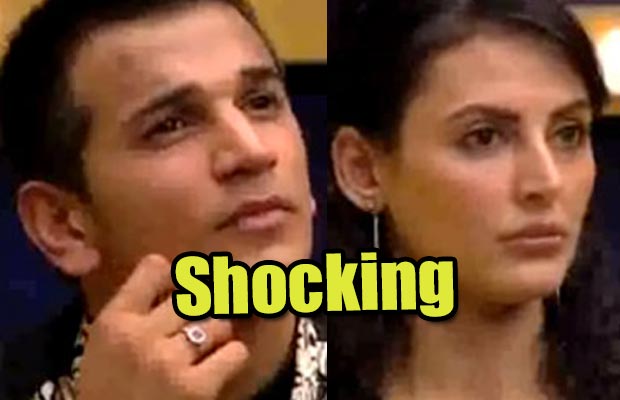 [tps_footer]Bigg Boss 9 contestant Mandana Karimi is known to create a fight and ruckus in the house out of nowhere. Like always, Mandana once again created a controversy in the house.

Yes, the Iranian model created a fight as Keith Sequeira mistakenly used her towel after the ‘Commander Imam’ task ended. Mandana Karimi raised her voice loud while fighting with Keith on using her towel. This argument between the two made Prince Narula jump into the fight.

Prince Narula told Mandana that it’s not a big deal and that she is fighting for a silly reason. This left Mandana annoyed and created another heated argument with Prince. She went on fighting with Prince saying that he is using all the housemates for the sake of the game.

Well, with such allegations on Prince Narula, will he be quiet after this? We exclusively reveal, Prince ignored to react on the same and stayed nervous all day, as he was upset on the housemates for claiming that he used Kishwer and Prince for the sake of the game.

Meanwhile, we also reveal, former Bigg Boss contestant Imam Siddique has ruined the peace of the housemates in ‘Commander Imam’ task. He gave cruel punishments to the housemates on not following his orders in the task.