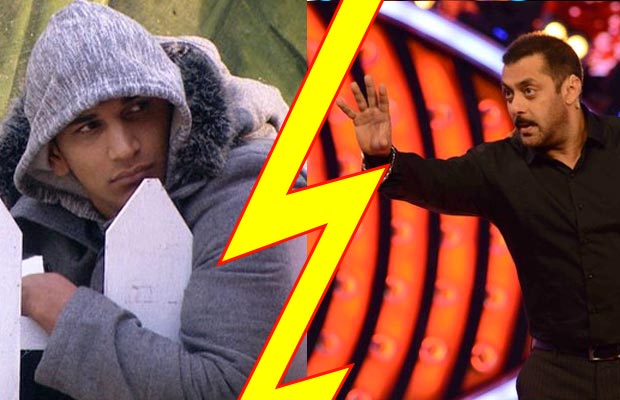 [tps_footer]This week, Bigg Boss 9 viewers saw a tough war between the two strong contestants, Kishwer Merchant and Prince Narula. The two gave a tough competition to each other to achieve ‘ticket to finale’, but eventually Prince Narula became the first finalist of the show.

After sitting all night inside the booth to get ‘ticket to finale‘ opposite Prince Narula, with no option, Kishwer Merchant quit the game and walked out of the house with Rs 15 Lakh, offered by Bigg Boss.

Initially, when ticket to finale task started, Kishwer promised that she will win the task only for her boyfriend Suyyash Rai, but later she was convinced by Prince to give up the game.

As Kishwer and Prince shared a siblings relationship with each other in Bigg Boss 9 house, only for the sake of Prince, she quit the game. Prince was successful in trying to convince Kishwer and that’s how he became the first finalist of the show, while Kishwer had to leave the house.

Well, we exclusively reveal, in tonight’s episode you will see how Salman Khan slammed Prince Narula for not giving up the task for Kishwer Merchant, despite of calling her as his sister. Salman questioned Prince on why he didn’t give up the task and that he fooled Kishwer by giving her relationship tag of sister.

On this, Prince replied to Salman Khan giving the reasons of the contract signed and much more, which made Salman Khan more angry. The actor didn’t leave a single chance to take the class of Prince Narula.

Also, during ticket to finale task, Prince tried his best to explain Kishwer that his fans and the whole Punjab would vote for him and this is the reason he would not quit the game. On his this statement, Salman Khan made it clear to Prince that more than him, Kishwer Merchant has big fan following outside.

Well, we wait to catch what Kishwer Merchant has to react on the same, as she would be arriving on the stage today with star host Salman Khan.