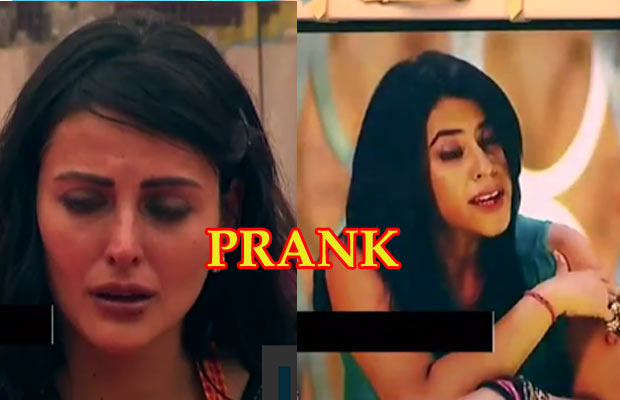 [tps_footer]Lately, there have been rumours on Bigg Boss 9 contestant Mandana Karimi to fall into a legal trouble due to her upcoming film Kya Kool Hai Hum 3. It was said that the actress might land into a trouble as she couldn’t allocate 10 days for the promotions of her film as per the signed contract with film’s producer Ekta Kapoor.

We exclusively reveal, though the actress has faced no trouble outside for her film, but the same situation happens to be with the model turned actress inside Bigg Boss 9 house. Mandana’s co-stars Aftab and Tusshar Kapoor who arrived on the show for the promotions of their film Kya Kool Hai Hum 3, played a intense prank with Mandana.

The duo played a prank with the Iranian model saying that she has to leave Bigg Boss 9 house for the promotions of the film, which left her in trapped moment. Mandana has reached in the final week of the show and it was sure she wouldn’t take chance to come out of the house at the most important stage of the game.

Bigg Boss also showed a video to Mandana in which Ekta Kapoor asks Mandana that she has to be out of the show for the film or else has to pay the penalty of Rs 5 crore, which left Mandana into tears. But later, after creating too much of chaos, Aftab and Tusshar reveal to Mandana that it was just a prank and that she has to promote the film inside Bigg Bosss 9 house only.

In midst of all this, we are sure Bigg Boss 9 contestants must be eager and impatient to hear that Mandana would leave the house, but it was only a prank. Secret disappointment for the housemates?

Meanwhile, Priya Malik has been evicted from the show after securing her place as a first finalist, but as destiny had it, she had to leave the house as per audience voting.