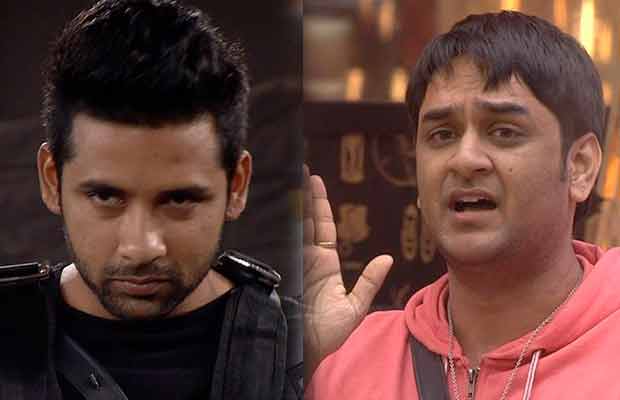 As we all know Salman Khan’s Bigg Boss 11 is churning out some interesting drama one after the other. The upcoming episode is literally going to put you in shock. In the first week, Priyank Sharma was thrown out of the house for hitting Akash Dadlani. This time, Vikas Gupta has repeated the same mistake.

We EXCLUSIVELY reveal, Vikas Gupta got into a physical fight with Puneesh Sharma during the new luxury budget task of the week. Their heated argument sparked the second physical fight of this season where Vikas suddenly got violent. He managed to rough up Puneesh Sharma before he was pulled away by other contestants of the house. This was Punessh’s moment of glory because he knew that violence leads to instant punishment from Bigg Boss.

After tensed moment in the house, Bigg Boss announced his decision on terminating Vikas Gupta’s captaincy in front of all the contestants. Yes, that has happened!

That’s not all; Bigg Boss also announced that Vikas can’t be captain for the entire season. While some were happy inside, Vikas was taken aback after the listening to the same. Vikas is currently put in the jail as a punishment for violating the biggest rule of the show.

Lets see what storm will the next captain bring? Stay tuned we are soon revealing the new captain of the house.