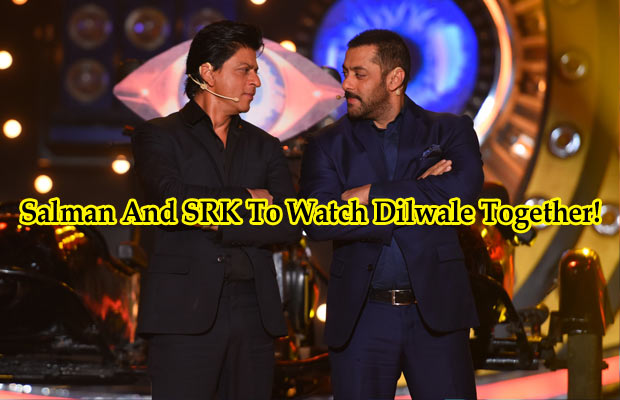 As Shah Rukh Khan visited Bigg Boss 9 show for the promotions of his film Dilwale post its release, the actor was seen sharing a great time with Salman Khan on the show. Both the actors had a gala time with each other.

The entire nation has waited with bated breath to witness the union of the two most distinguished Khans since the time they fell-out. The duo was entertaining at their best like never before. The actors had a gala time with Dilwale actress Kajol. SRK and Kajol performed on the most hit song ‘gerua’ from their film Dilwale. All the three recreated ‘Kuch Kuch Hota Hai’ moment once again after decade.