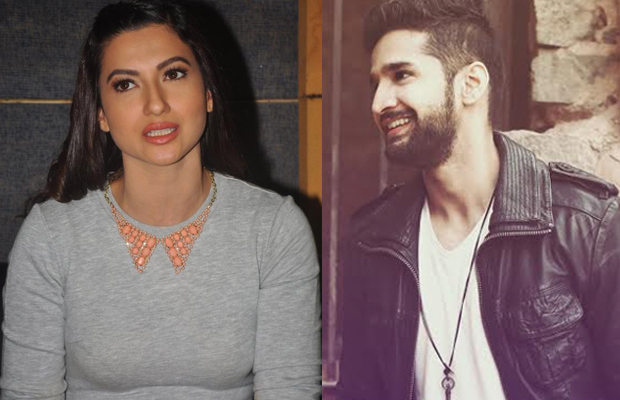 Gauahar Khan, who rose to fame while in the house of Salman Khan’s Bigg Boss for her romance with the fellow housemate and television actor, Kushal Tandon. She even went on to win the show and signed a few films.

The buzz got stronger when the two were spotted together in the Coldplay concert. The pictures of them hanging out together with friends at Gauahar’s residence also went viral.

Finally we know what Gauahar, who recently visited her friend Bani J in the Bigg Boss house, has to say about this link-up.

When asked to comment on the rumour of her dating Rupin, an irked Gauahar told Times of India, “It’s a joke… Can’t a girl and boy be friends? Boyfriend-girlfriend is not the only relationship in the world. Gossip bloggers need to get a life. Rupin is just a friend, we are not dating.”

Adding to the story, Rupin also said, “They linked us because we went to a concert together? Can’t friends be spotted together at a concert? She is my senior and a good friend. I am focusing on my career and looking forward to newer beginnings in my life.”

Rupin, who has been a theater artist and a part of Indie films earlier, is making his TV debut with ‘Ek Vivaah Aisa Bhi’, which stars Splitsvilla fame Abhishek Malik and Aadhe Adhoore actor Sonali Nikam in lead roles. The show, which is about live after marriage as the title suggests, will be launched on &TV in January.