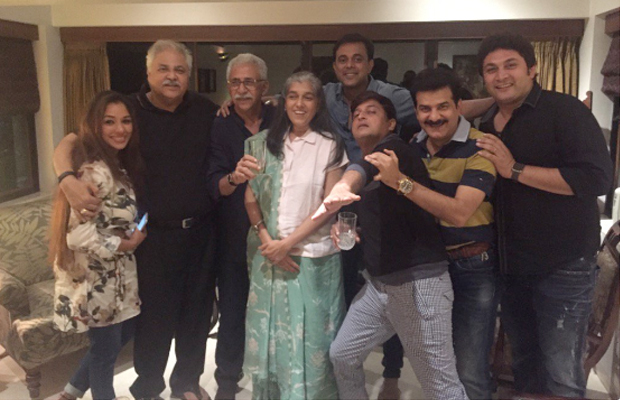 [tps_footer]Television serial Sarabhai Vs Sarabhai is still adored by many. The comedy series which ended long back is still lingering in the minds of the audience. Who can forget the iconic characters of Monisha, Sahil, Maya Sarabhai, Indravardhan Sarabhai and Rosesh. The series which is credited for its mind-blowing plot and characters might soon come back!

Yes! All the Sarabhai fans brace yourselves as this series might soon relaunch with a new season. Back in the year, 2012 director Deven Bhojani claimed that the series won’t be returning. Well, seems like the makers have revised their decision.

There were many reports in the past which spoke about the new season of the comedy serial. But none of the reports were true. Finally, there is some hope that the beloved serial will again launch on the small screen.

Recently, the whole cast of Sarabhai Vs Sarabhai had a reunion of sorts at Satish Shah’s place. The team is still intact and content with each other. The reunion picture was posted by producer JD Majethia on the micro-blogging site Twitter. The highlight of the picture is not only the reunion but its caption which hinted at the good news for fans! JD Majethia captioned the picture saying, “Sarabhai family at satish ji ‘s place…. Some good news for fans on its way.” 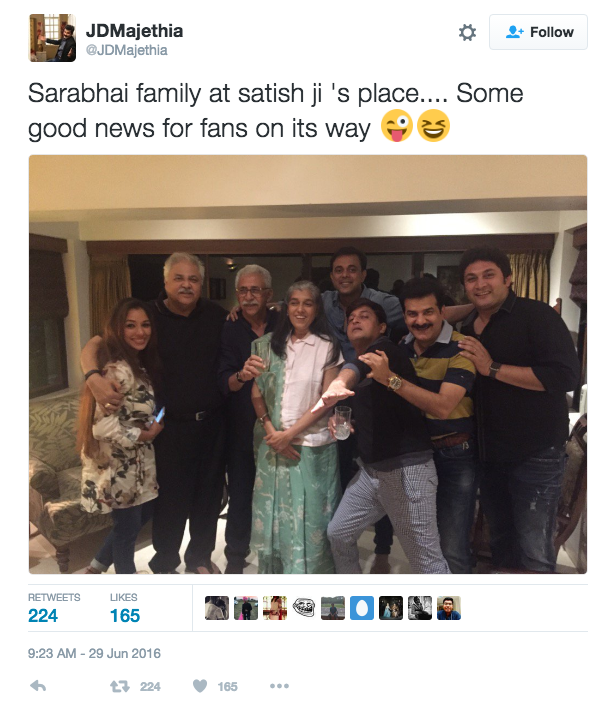 Well, the only good news we can think of is the relaunch of this iconic serial.[/tps_footer]