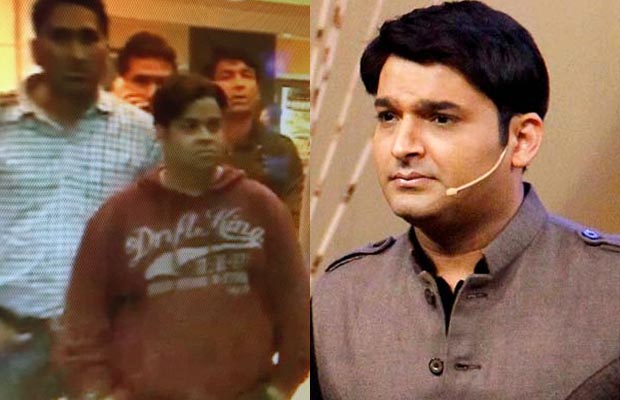 Reportedly, he has been arrested and sent for 14 days judicial custody, for allegedly hurting religious sentiments. The actor had been booked under section 295 A of IPC on January 1 following a complaint filed by the followers of Gurmeet Ram Rahim.

Kiku Sharda was arrested from Mumbai and was then taken to Haryana for further investigations. The show has done mimicry of many, but this one went way too serious and caused a trouble for Kiku Sharda. Though Kiku Sharda apologized for mimicking after Gurmeet Ram Rahim Singh’s followers protested against him, the followers went ahead to file a case against him. Kiku also mentioned that it was a coincident and that he didn’t intend to mimic on Gurmeet Ram Rahim Singh.

Making it clear on the incident, Kiku Sharma aka Palak took to his twitter handle to tweet, “Doston the act on TV was not to hurt anyone’s feelings. My apologies to @Gurmeetramrahim ji and his followers. Let’s spread happiness.” 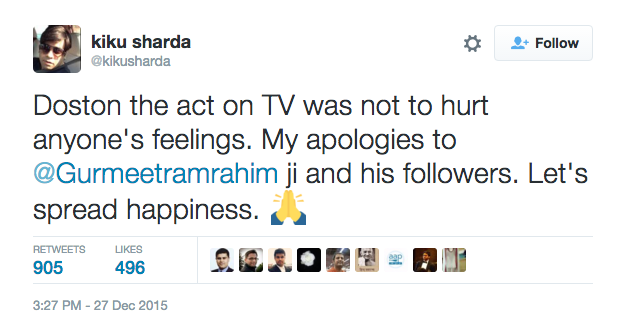 Well, question rises, is it fair enough to put an actor to 14 days judicial custody just for unintentionally mimicking someone? We leave the question on you all, put your views in the comment section below.

Also, take a look at what stars have to react on Kiku Sharda aka Palak’s arrest: 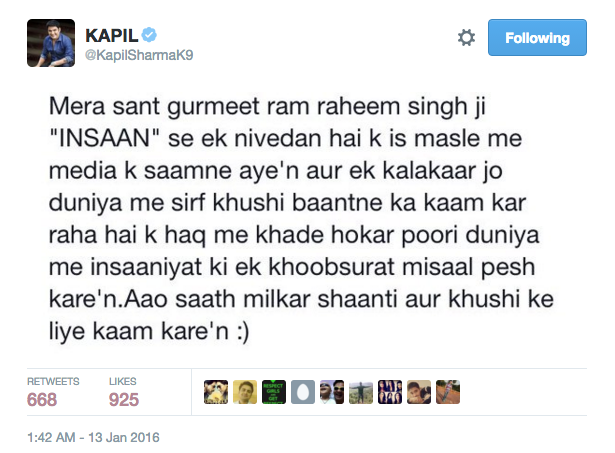 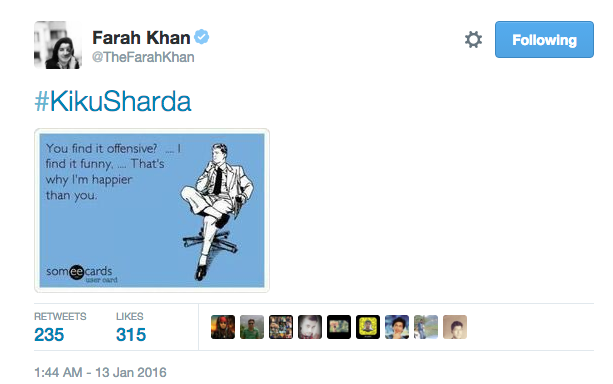 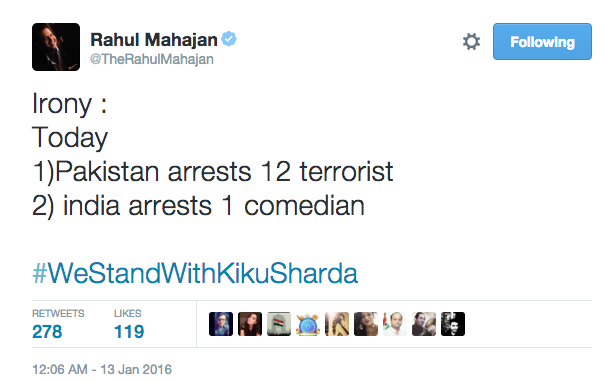 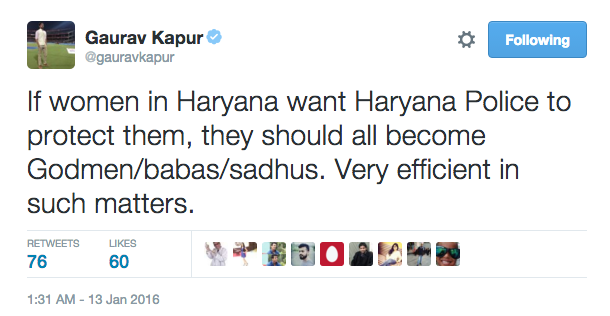 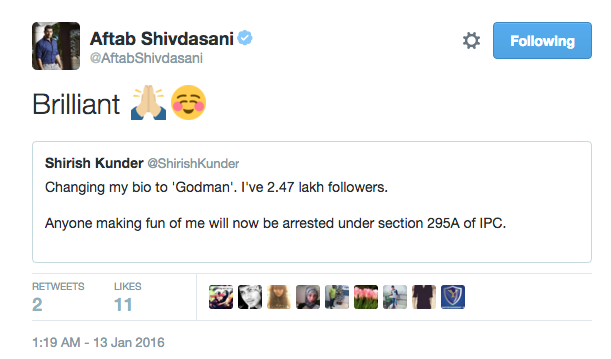 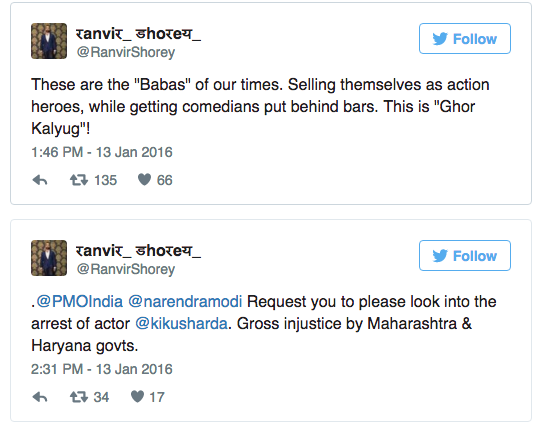 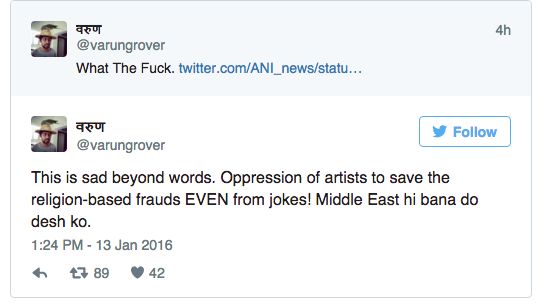 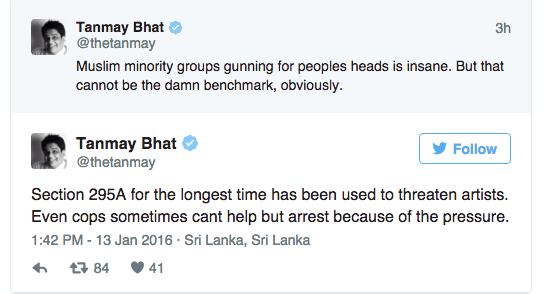