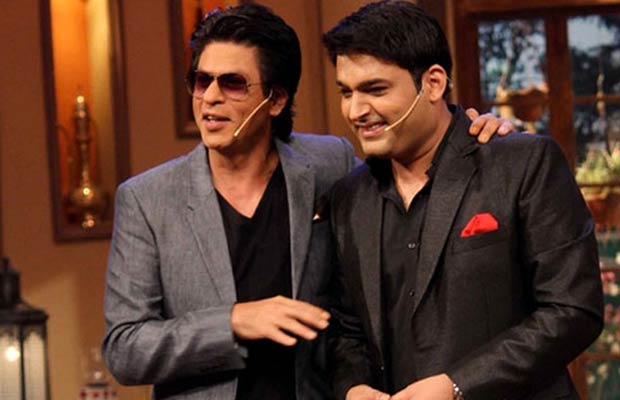 [tps_footer]Standup comedian Kapil Sharma who is making all the news for the closure of his show ‘Comedy Nights With Kapil’ has now spilled the beans on his upcoming project. Kapil was almost synonym to ‘Comedy Nights With Kapil’ which was lovingly called CNWK. The highly entertaining star reached heights of success with the show but things took an ugly turn when the show was abruptly shut.

After all the blame games and sarcastic comments, Kapil Sharma has now opened up on his future plans. The celebrity has already initiated with his acting career and loads of rumors about his next film were making rounds. During a recent event, Kapil was asked about his next film and the talent bundle replied, “Vikas Bahl & I were trying to crack something, but we both didn’t like the idea. So we are planning to work something else”.

Seems like the CNWK star is still on the lookout for a crisp script and is no hurry to sign a film. Coming to the much awaited show of Kapil Sharma, the masses are already eager to witness the madness once again. Rumors suggested that king of Bollywood Shah Rukh Khan will be the first guest on the Kapil’s new show. On asking about the same, the down to earth television star replied, “Shah Rukh Khan visiting our show’s first episode hasn’t been decided yet. Humne bhi news pe suna”.

Well, seems like Kapil is now all set to revive his identity apart from Comedy Nights With Kapil. The new show is titled The Kapil Sharma Show and is all set to air from April 23rd, 2016 on Sony channel. The iconic characters of Dadi and Gutthi will however, not be recreated and the show will be completely new as far as the concept is concerned.[/tps_footer]