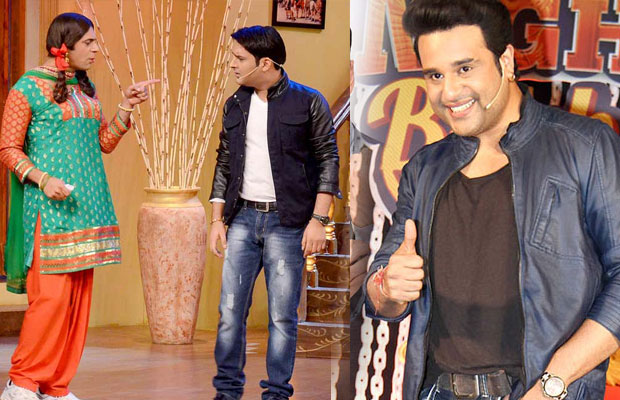 Comedians Kapil Sharma and Sunil Grover’s fight has currently become the hottest topic of the town. It all started after Kapil started abusing and humiliating Sunil Grover on a flight from Australia to India. Things worsened after Sunil Grover lost the cool. In fact, he has even allegedly quit the show and is not planning to get back again.

Kapil then took to twitter and publicly apologised to Sunil Grover. However, he got a strong reply from Sunil Grover that he will surely remember for the life. Sunil in his reply advised Kapil to respect people and stop acting like a GOD.

Amid their ugly apt, fans, as well as co-stars of the comedians, are coming up with mixed response. Each one has a different point of view on their fight. However, Kapil Sharma’s arch rival Krushna Abhishek’s reaction to it is completely otherwise and unexpected. Talking to a leading daily, Krushna has said that things are blown out of proportion and that Sunil Grover and Kapil’s fight is nothing unusual.

Krushna stated, “I won’t say Kapil has become too big or success has gone to his head. It’s just that even the small things he does are being blown out of proportion. I have worked with Kapil for five years in Comedy Circus and I know him very well — his good and bad points — and he knows mine.

Sunil and Kapil are good friends and friends fight. Right now, Kapil is doing well, his show is a success so people are making a big deal out of it. Kapil is talented and has been taking his entire team along with him for four years now, which is not a small thing. Also, Sunil had quit Kapil’s show earlier, too but went back. As I said, two friends can fight after drinking, on the sets, on creative issues, on a dinner table or at home and there’s nothing unusual about it.”