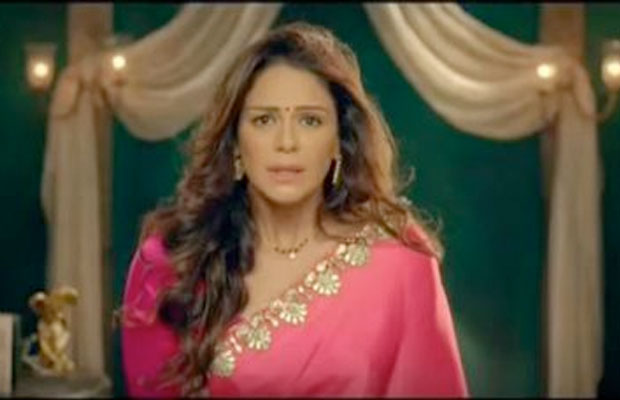 [tps_footer]Kawach is running high on TRP right now and we won’t blame you if you can’t keep yourself off the show. The show based on supernatural occurrences, which has a very engaging story line, is set to get its drama intensified even further.

The show will project a track where Mona Singh’s character Pari will be seen getting possessed and committing a murder in the palace.

Pari is to be possessed by the ghost of Monjulika, played by actress Mahek Chahal. The ghost will be seen trying to take revenge on behalf of her deceased mother Saudamini, played by actress Ashwini Kaleskar. The character of Saudamini was murdered long time ago by Rajbeer;s (Vivek Dahiya) family.

The person to be targeted first by Monjulika’s ghost will be Saroj Baisa. Baisa, the confidant and trusted house help of the family, will be killed by the ghost in the most gruesome manner. Pari, possessed by Monjulika will kill the old woman by pulling out her tongue and using it to strangle her to death.

Kavach… Kaali Shaktiyo se is a horror love story produced by Balaji Telefilms that is aired on Colors. The show has Mona Singh and Vivek Dahiya playing the lead characters while Mahek Chahal plays the character of an evil spirit.[/tps_footer]