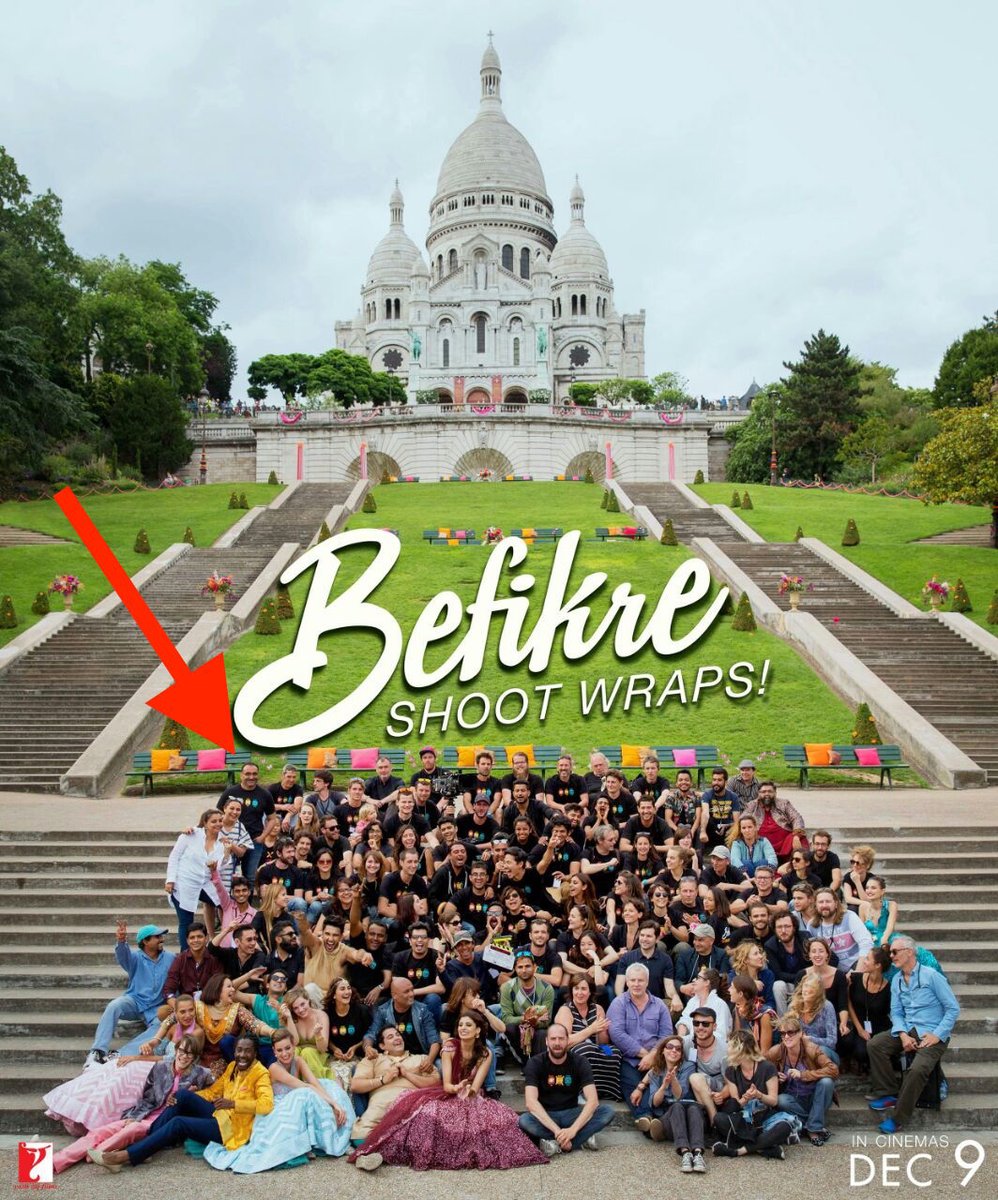 [tps_footer]We recently told you about Ranveer Singh’s jam-packed schedule in Paris. The actor with his heavy schedule was busy switching between Madrid and Paris at the time of the IIFA awards. The actor has been shooting with Vaani Kapoor for Befikre in Paris for quite some time now. And the duo, along with Aditya Chopra and his team have had an extremely strenuous timetable at the shoot.

However, Ranveer recently mentioned that though the shoot was quite hectic, the actor had a blast shooting the film. The experience was more like a long vacation in the city of romance. Talking about romance, we did some beautiful stills from the film with the two actors in very mushy, romantic poses.

Nevertheless, the crew of Befikre has finally finished shooting the film which is all set to be released on December 6. Here’s a great picture of the entire team of Befikre. However, there’s something in this picture which makes it even more special. Director Adi Chopra, who usually shies away from the camera, with wife Rani has joined in to click a picture with the crew, for what looks like, the first ever time!