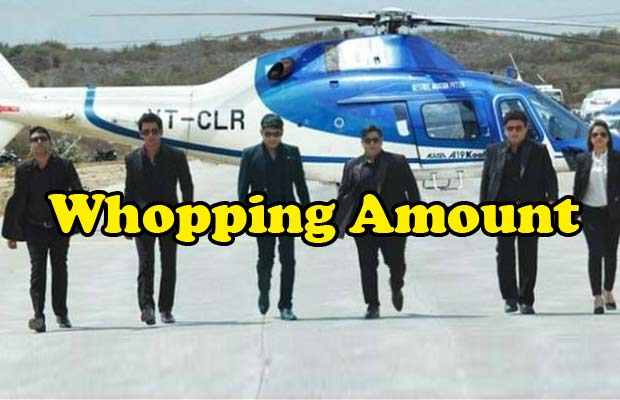 [tps_footer]Fans and viewers are eagerly waiting to see their favourite comedian star Kapil Sharma back on the television. Kapil Sharma, who shut his most successful and popular show ‘Comedy Nights With Kapil’, has begun with the preparations for his new show, which will be aired on Sony TV channel.

Kapil Sharma along with his entire team is leaving no stone unturned for the preparations for his new upcoming show, which will be titled as ‘Comedy Style’. Kapil is back with the new brand now show and the entire team recently shared the glimpse of their look from the new upcoming show.

While Kapil Sharma’s new show is being the talk of the town, reportedly, Sony TV channel has spent bombs for the promo video of the new show, which will feature Kapil along with his old team Sunil Grover, Kiku Sharda and others.

Reports suggest that Sony TV has spent big bomb of Rs 50 Lakhs for 15 sec promo shoot. With channel spending such big bomb on Kapil Sharma’s new show, we can already imagine how big and grand the new show would be. With every upcoming update on the brand new show, everyone is going impatient to see Kapil back with his witty sense of humour.

Meanwhile, Kapil is back with a bang and has started preparing for the new show. Looking at Kapil Sharma’s recent picture with his team, it seems they are coming with something out of box for their fans. The picture is making us wait more better now![/tps_footer]