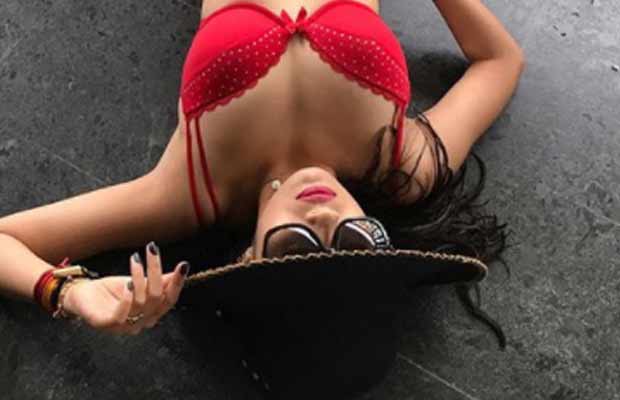 Tina Dutta has shared a picture of herself on social media in which she is seen adorning a red bikini!

The TV actress Tina Dutta has been missing from the small screen for quite a while now. You might remember her as Ichha Bharti of the daily soap Uttaran. The show used to air on Colors and got over early in the year 2015. Since then, we have not seen the actress in a full-fledged role.

But the actress has again come into the limelight. And this time it is not because of any TV show but because of a snap shared by the actress herself. Usually remembered in her simple and traditional avatars, Tina has shed off her usual image and has shocked everyone with her bikini picture.

The actress has recently posted a snap on Instagram, which sees her flaunting her curvaceous body in a red bikini. She is also wearing sunglasses and a hat and has got snapped upside down. And we can’t help ourselves saying that she is looking red-hot!

Putting up the click on Instagram, she captions it as, “The world looks better upside down.. #sundaymusings #selflove #highonlife #tinaadattaa Classic Petite Melrose. My new favourite @danielwellington.”

The photo is from one of her photo shoots. She has shared many other pictures from her different photo shoots. And she is looking sizzling in all of them. With such snaps, she is definitely giving competition to other hot actresses of small screen like Nia Sharma, Mouni Roy, Jennifer Winget and others.

After Uttaran, Tina Dutta has been a part of shows like Fear Factor: Khatron Ke Khiladi. She has even made special appearances on multiple comedy shows like Comedy Circus and Comedy Nights With Kapil.