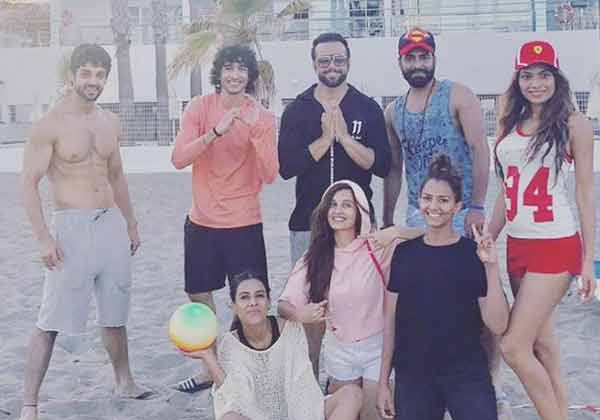 Fear Factor Khatron Ke Khiladi is back with its eighth season and the contestants have started shooting for it in Spain. Check out Instagram posts of TV stars Nia Sharma, Manveer Gurjar, Lopamudra and others.

Khatron Ke Khiladi contestants are having a blast in Spain, where the eighth season of the adventure reality show is being shot. Contestants who arrived in Spain recently, have been regularly blogging on social media, sharing highlights of their stay in the country.

Team Khatron Ke Khiladi are not only gearing up for an adrenaline-pumping experience but also giving off major bhangra vibes in Spainas passers-by watched in amazement. Take a look at the posts below :

Rithwik Dhanjani also posted a fun video predicting what it will be like once the competition begins.

And there are a lot of group photos in general:

Director Rohit Shetty is returning this season as the host of the show. He had previously hosted seasons 5 and 6. Actor Arjun Kapoor took over hosting duties in season 7.

Other contestants of the show include Singer and VJ Shibani Dandekar, Hina Khan, Shiny Doshi, Shantanu Maheshwari, Monica Dogra and Ravi Dubey. The show will air on Colors this monsoon.