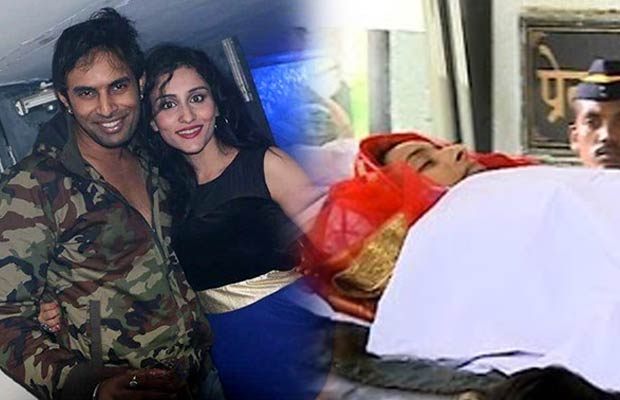 [tps_footer]Finally, someone we all were waiting to see has come out. Right from the time Pratyusha Banerjee’s suicide cum pre-planned murder case has been going on, Saloni Sharma’s name has been constantly dragged into a horrible love triangle. It was reported earlier that Saloni Sharma along with Pratyusha’s boyfriend Rahul Raj Singh used to harass and abuse Pratyusha. Actress Saloni Sharma used to allegedly beat Pratyusha in her own house and it’s reportedly said by Pratyusha’s neighbours, relatives, friends that her boyfriend Rahul Raj Singh use to beat Pratyusha in public and he used her bank card to satisfy his needs. He was cheating on Pratyusha and his ex-girlfriend Saloni Sharma was still close to Rahul and she use to target and torture Pratyusha too.

Saloni Sharma was summoned by Bangur Nagar Police Station to record her statement. Saloni claimed to be friends with Pratyusha past four-five years and she blamed Pratyusha for distancing Rahul from her. She said because of Pratyusha’s closeness with Rahul, her relationship with him turned bitter. Till now, Saloni has not accepted or denied any allegations of torturing Pratyusha mentally and physically. But, she has revealed her issues with Pratyusha for taking Rahul away from her.

It’s shocking to know that a guy like Rahul Raj Singh who’s former lawyer Neeraj Gupta lashed out at him in a press conference with tons of allegations on him like abetting Pratyusha’s suicide, using and dumping several other girls, is being loved so much. But, there are many who are against Rahul and especially Pratyusha Banerjee‘s mother Soma Banerjee who has filed an FIR against him which made police register a case under sections 306 (abetment to suicide), 504 (Intentional insult with intent to provoke breach of the peace), 506 (punishment for criminal intimidation) and 323 (punishment for voluntarily causing hurt) of the Indian Penal Code.

This case won’t get solved very easily and every day we come across new twists and turns. It’s disturbing to know what has happened with Pratyusha, but it’s also good to see her family, friends, and well-wishers taking a stand for her even in her absence.[/tps_footer]