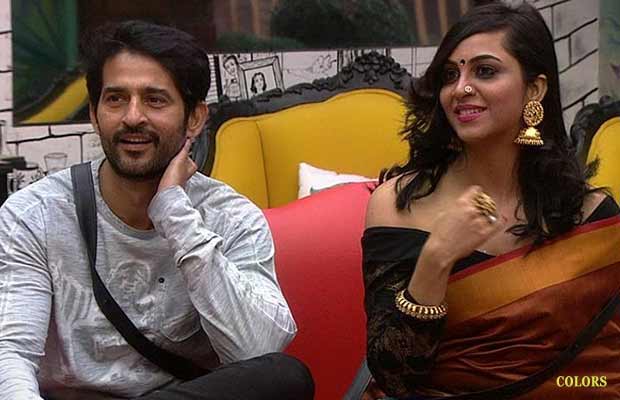 Bigg Boss 11 controversial contestant Arshi Khan has been seen flirting with Hiten Tejwani since day one of the show. While Hiten has got a different kind of respect from his fellow contestants for his peaceful and calm nature, Arshi Khan has always tried to create a different angle with him. From the beginning of the season, she has been constantly trying to flirt with him. However, Hiten, without getting angry has made it pretty clear that he is not comfortable and interested in Arshi Khan’s touchy behaviour. Despite Hiten being a married man and a father of two kids, Arshi keeps teasing him. Everything might be in a good humour but Hiten is always disinterested.

Well, Arshi is nowhere in a mood to leave Hiten so easily. In an unseen video published on Voot.com, Arshi Khan confesses that she lusts Hiten Tejwani. While chilling out with Akash Dadlani and Puneesh Sharma in the bedroom area, Arshi Khan says Hiten is silent yet entertaining. Adding to it, she says, “Lust hai mera, kya handsome hai,” Puneesh Sharma agrees to it saying Hiten Tejwani really has a good personality.

We wonder when and how Hiten will get rid of her! What do you think? Share your views in the comments section below.