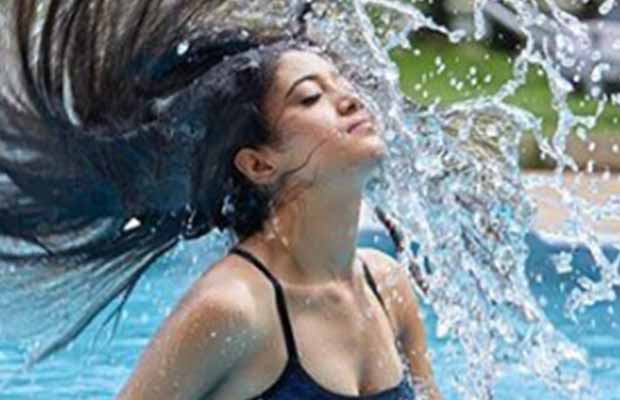 The TV actress Shivangi Joshi is famous for her role of ‘Naira’ which she plays in the popular daily soap ‘Yeh Rishta Kya Kehlata Hai’. The actress definitely looks like a simple next door girl in the TV series but is no less than any super hot model in real life.

The actress recently shared a picture of herself via her Instagram handle where she can be seen beating the heat in a swimming pool. Shivangi can be spotted sporting a blue bikini in which she is looking smoking hot.

She is almost unrecognisable in the picture as her on-screen role shows her in a completely different look.

The actress is quite active on the picture sharing site Instagram and thus we can many of her pictures where she looks a different person. She is indeed very stylish and never misses a chance to dress up differently, whenever she gets an off from work.

Shivangi has been in news for quite some time now because of his relationship with his co-star Mohsin Khan. He plays her husband Kartik’s role in the TV series. Earlier, neither of them was ready to accept their relationship in public. But later on, Mohsin in a statement said, “Shivangi’s innocence made me fall for her. We are still exploring each other. It has been a long friendship and a beautiful journey, which has now blossomed into love.”