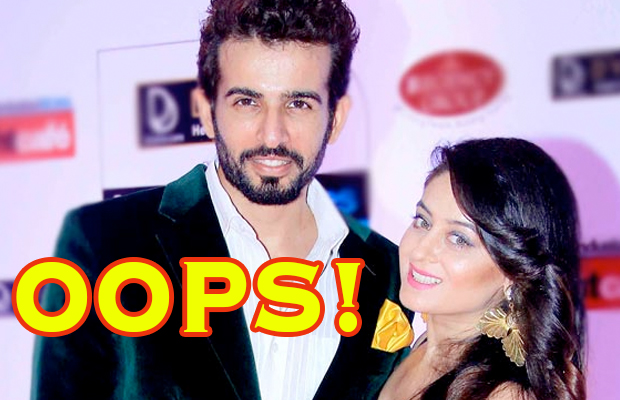 [tps_footer]Television industry’s cutest couple Jay Bhanushali and Mahhi Vij tied the knot in the year 2011 and they are happily married to each other although there were rumours of difference between them and a lot of media reports suggested Jay and Mahhi will file a divorce but nothing this sort of happened till today. We are happy about it as this year 2016 has been full of disturbing news of breakups, nasty divorces, so when we come across a real madly in love couple from the showbiz where relationships are even more unpredictable, we certainly have a valid reason to be happy. Fortunately, both Mahhi Vij and Jay Bhanushali also feel the same happiness of togetherness and a successful relationship and marriage that has been missing for a while in Bollywood and in different fields.

Usually, after marriage, the bride accepts  her husband’s surname and leaves her maiden name but today’s women keep their maiden name and add their husband’s surname too. But, cute Mahhi Vij is a big exception here, she never accepted Jay‘s surname and even after five years of her marriage she still wants to keep her maiden name only. Mahhi said her relationship with Jay is good, happy and very peaceful but she wants the identity that she was born with and she wants to carry her father’s name ahead instead of leaving it behind and accepting a new identity because of the society’s expectations and standards.

Well, Mahhi Vij has made her point very clear and we respect her opinion. It’s so good to see females standing up for their rights, identity, success, equality in every way. Honestly, we never need somebody’s name to prove our identity. You are enough for yourself and you are the sailor of your ship![/tps_footer]