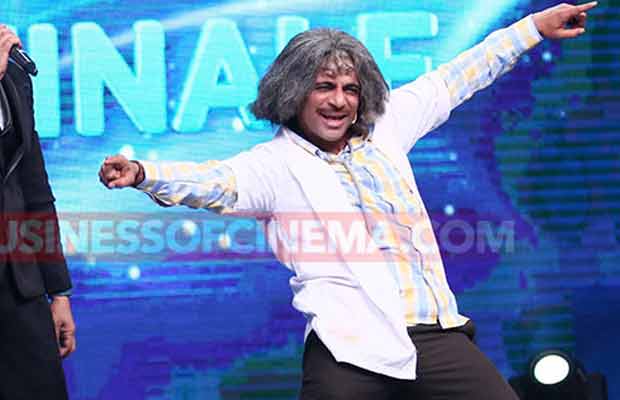 Sunil Grover has been offered to host a new show on Sony TV after his fight with Kapil Sharma?

Post mid-air fight with Kapil Sharma, recently rumours were rife that Sunil had been approached by Sony TV for a brand new show, along with Ali Asgar and Chandan Prabhakar. However, Sunil Grover rubbished the reports and revealed that he has been getting lots of offers but has not locked anything for now. Well, now with the latest update on Sunil Grover’s upcoming project, reports suggest that the comedian will host a show on Sony TV.

According to reports, Sunil Grover has been approached to host the upcoming season of Entertainment Ke Liye Kuch Bhi Karega to be judged by Anu Malik and Farah Khan. After his fight with Kapil Sharma, the channel had apparently promised Sunil to offer a new show. So, there are chances of him hosting this show, which is slated to air post IPL in June. The last season was hosted by Krushna Abhishek and Mona Singh.

On the other hand, some reports suggest that The Kapil Sharma Show creative producer Preeti Simoes, who has parted way with the show, is coming up with a web-series. Preeti will be producing a 26 episodes web-series, and the show will have Sunil Grover, Ali Asgar, and Chandan Prabhakar.

Well, ever since all the three comedians have quit Kapil Sharma’s show, they have been receiving several offers from various channels. But do you know who is currently in the loss? As per media reports, Sunil Grover and other comedians who have quit the show are losing out 80 lakhs to a crore for not shooting with Kapil Sharma, while the comedian star continues to shoot for the show and is happily making money.

Recently, in an interview with a leading tabloid, Sunil was asked about ‘The Kapil Sharma Show” TRP dipping, Sunil reasoned saying, “Ratings are not in anybody’s control. Even I have done a show (Mad in India on Star Plus), where the ratings didn’t meet expectations. If I was good with that system, I’d be working every day and doing 10 shows.”

Adding more on his association with Kapil’s show for such a long time, the comedian star said, “Of course the association had been successful and I think Kapil is extremely talented and I wish him luck.”

On a related note, Kapil is shooting for his next, Rajiv Dhingra’s comedy Firangi in which he will share the screen space with Ishita Dutta who plays the female lead.